An even longer report than usual this week,from Ian Pearson and Nigel Hall, reflecting the efforts to get our two locomotives ready for traffic as soon as possible now that the NYMR operating season has started.

Monday 4 April saw Nigel Hall at Deviation Shed working on the new section of J27 cladding sheet, getting it ready for fitting and painting, as the plan at the MPD was to fit the cab on Tuesday morning.

On Tuesday, it was a mild, cloudy, breezy, day with an odd smittering of rain at Grosmont for Bill Dobson, Steve Hyman, Nigel Hall, and Ian Pearson.

Initially, it was thought that a stop had been reached with the J27 and there was just the matter of fixing the leaks in the new atomiser system to do on the Q6.

The mega shunt action started about 9.30, when Adrian Dennis said that there was a gap and a shunt could be done to pick up the J27 tender and also lift on the cab. This resulted in frantic action to fit boiler insulation and screw on the cladding plate. After the morning tea break, No 29 and the J27 were pulled out of the running shed. Nigel and Steve worked on the cab, fitting the cladding section before the cab was lifted on using the JCB. They then started securing it in position using countersunk bolts. This is where the first problem arose. The new countersunk bolts are metric and slightly larger than the old ones. They wouldn’t go through the holes. So the cab was attached with three of the old countersunk bolts each side (see photo). Lucie and the Q6 were then pulled out of No 7 Road and parked outside Deviation Shed.

After lunch, the J27 arrived in Deviation Shed to collect its tender. There was then the usual struggle to insert the pins and tighten up the big nut using the big rope - but somebody had built a workshop just where the tug of war gang needed to pull the rope! However, on inspection it was discovered that the front pin and draw bar had not been engaged properly. That was fixed and, to make matters easier, the loco was drawn forward so that the tug of war team could spread themselves towards the stove. But they still could not get the cotter in. The nut needs to go further on to allow the cotter to be fitted, so it was decided to leave it to be dealt with later. The MPD was made aware of the position, but concluded it was OK to move the J27 around the yard (see photo) and it is now on No 2 Road outside the boiler shop. 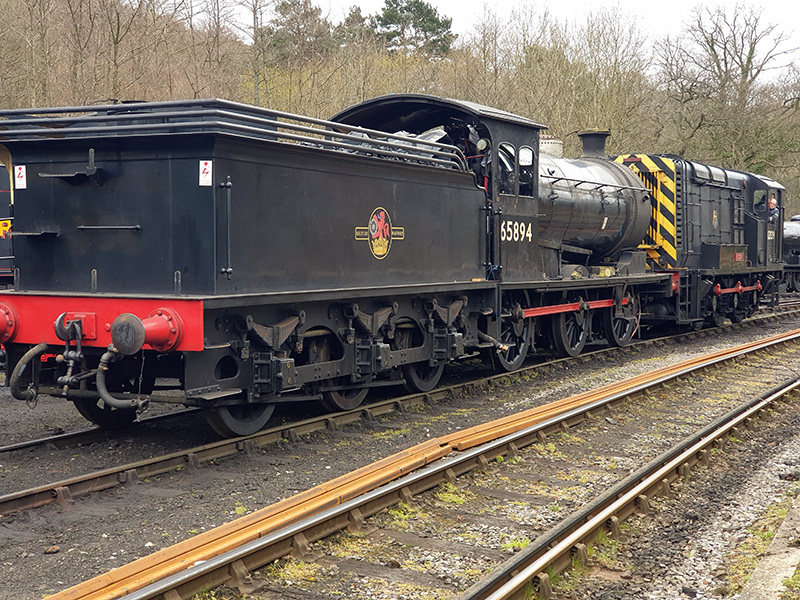 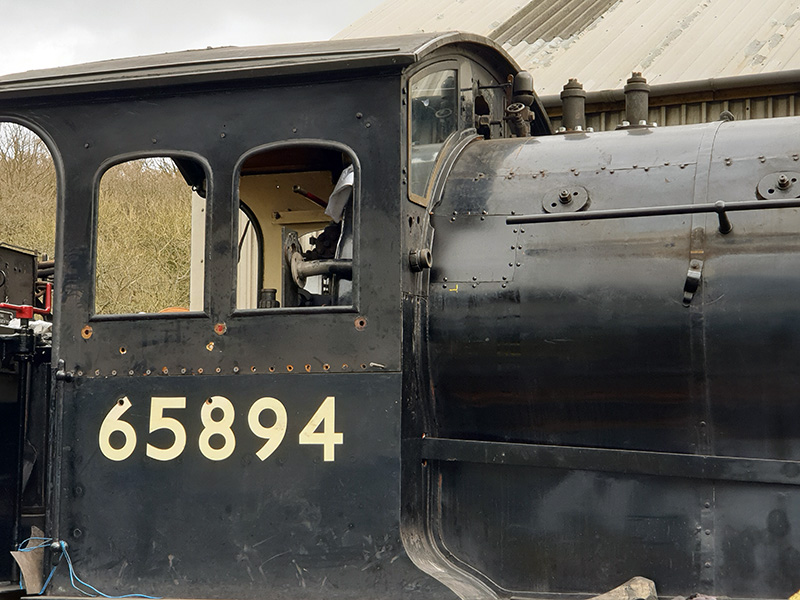 So to Wednesday, a cold blustery day with the occasional heavy shower, with Bill Dobson, Nigel Hall, Colin Smith, Ian Storey, Jon Bradley in the afternoon (after his diesel turn to Whitby with the Class 31), and Ian Pearson.

Nigel concentrated on getting the J27 cab countersunk bolts fitted. These are slightly proud on the outside and will need to be individually removed at a later stage to improve the countersinking. Various other parts of the cab have been bolted up and the hand rail bosses fitted. Colin Smith was sent up on top of the boiler, safely using the moveable staging, and spent some time running a die nut down twenty or so dome studs. One of the studs still requires looking at as he found it very tight - it only went down a short way and is marked with a yellow dot. Colin also painted the righthand cab window slides/supports which are in Deviation Shed.

Bill and Ian manhandled the ejector into Ian Storey's car for him to skim the large ejector valve seat atMorpeth.

With the insurance steam test due next Wednesday (13th), there is still plenty to do on the J27, so Chris Henwood called for working party volunteers for thursday, friday and saturday as per his email of 6 April with a list of jobs to be done on the Friday and Saturday -

The Friday J27 working party had made a tremendous difference. They had manhandled the ejector exhaust pipe into position and welded the section cut from the LHS handrail.

On Saturday, Jon Bradley brought back the J27 ejector, this was taken on Wednesday and serviced at Ian Storey’s workshop. Chris spent much of the afternoon fitting it back in the cab. Nigel fitted the locking screws to the handrails, then gave them a coat of primer to hide the stilson marks.

At the end of the day the J27 has a warming fires. All being well, Sunday will be steaming the boiler and safety valve setting, provided all of the necessary work gets done, and someone who is good at managing the fire is able to assist for the valve setting. Chris Henwood has now been passed by the NYMR for valve setting. 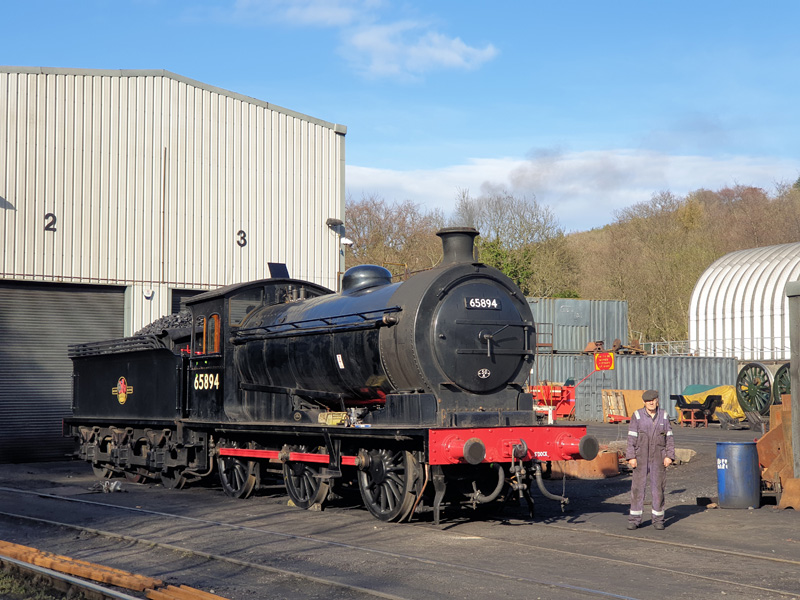