Apologies for a very belated report this week, but my thanks to Bill Dobson and Nigel Hall for their notes on which this report is based. Ian Pearson is recovering from his leg problem and hopes to be back in a couple of weeks.

Sunday 17 April a warming fire had been lit in the Q6 in preparation for two running in trips the next day.

Peter Robinson of the GWR 2-8-0 visited Deviation Shed searching for a Great Western draw bar which Clive Goult told him he had left behind the buffer stop on No 8 Road. Nothing was to be found though, and although a worn draw bar was lying in the walkway between No 7 and 8 Roads, that wasn’t it.

Monday 18 April - saw Ed Bolam and Arthur Jenkins and Bill Dobson. Bill looked after the Q6 preparations for its two running in trips as pilot engine between Grosmont and Goathland, returning to Grosmont as light engine. Bill travelled on the first, Arthur on the second. Both were successful although the atomiser joints had started leaking. They would be dealt with the next day after the locomotive had cooled down.

Tuesday 19 April - Bill tackled the leaking atomisers on the now cooler Q6 and attended to slightly blocked gauge column drains, along with a few minor leaks. He annealed the copper pipe to increase the clearance from the brake rod.

Wednesday 20 April - the Q6 was booked to haul the service train to Pickering, replacing 80136. When the Q6 returned it was discovered that the troublesome atomiser joints were still leaking and Bill packed a tool box to attempt to lap in the joints again on Thursday morning before the loco left Newbridge yard. It was noted though that steam was feeding back to the cylinder mechanical lubricator so the atomiser steam was turned off. In spite of this, after the first trip the driver could only comment - "superb". The Q6 will be stabled at Newbridge overnight for the immediate future, working the 11am from Pickering on its regular diagram. 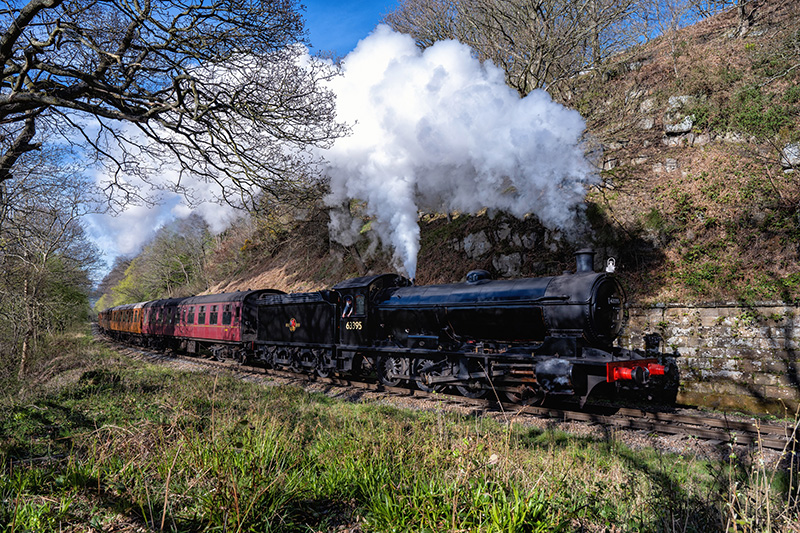 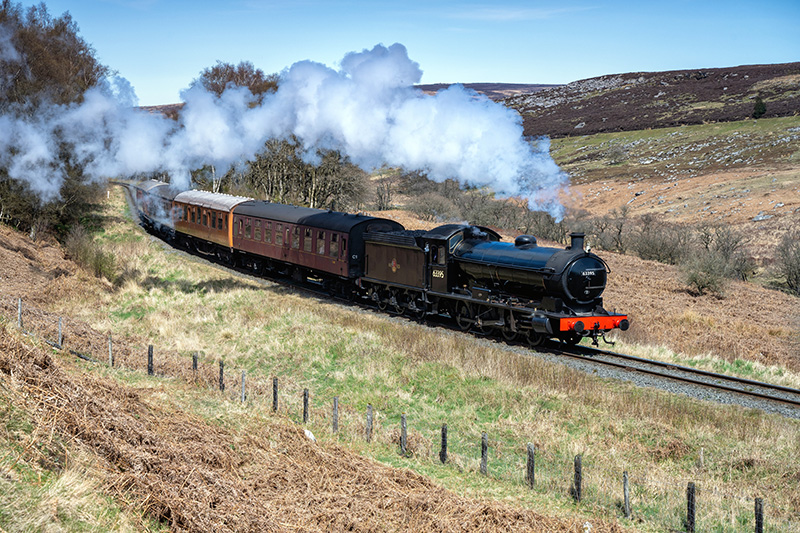 Thursday 21 April - Bill and Chris Henwood left Grosmont by van for Newbridge to grind in the atomiser non-return valves before the Q6 left the pit. This was sucessful on 3 of the 4 valves, but the other was still a problem. New valve seats have been ordered from South Coast Steam and should be received at Grosmont on Monday for fitting next Tuesday.

I had the pleasure of being fireman on it last Friday with David Slack, I had not been on it for almost 3 years (the last time was hardly memorable - I got heat exhaustion!), I was most impressed with the feel and tightness of it, it's great ability to steam, a pair of injectors that were spot on and a ride almost as good as 80136.

Thanks for the excellent work to keep the old lass up and running.

I had the Q6 for 2P15 the 16:30 departure from Grosmont on Saturday.  The loco performed perfectly, and is a credit to all of the NELPG and NYMR hours spent on it.

Thank you all very much.

(The bent dart needs adjusting as the length from the bend to the tip is too long, but otherwise the trip was a total pleasure)