As Ian records, here we are at 3 May and time is moving fast - soon be the longest day! It was a cool, overcast morning at Grosmont on Tuesday, but it got milder after lunch for Bill Dobson, Steve Hyman, Nigel Hall and Ian Pearson.

The J27 had its boiler partly filled with water and a warming fire was lit during the afternoon ready for a steam test on Wednesday (see photo). 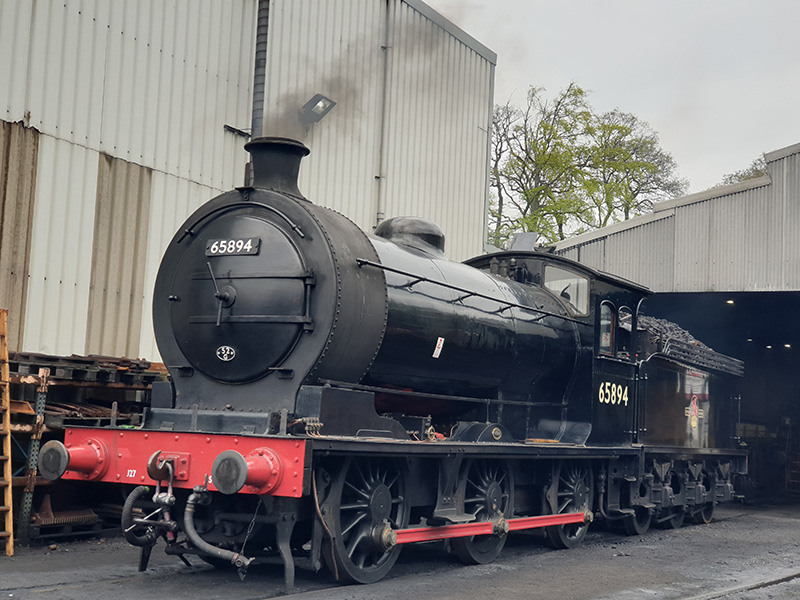 As Ian was driving on Thursday, he noted while up at the MPD, that two sections of the J27 grate had been replaced due to the old ones being badly bowed. Later in the day another warming fire had been lit. The engine is rostered for some running in on Saturday and Sunday this coming weekend.