It was a fine warm sunny day at Grosmont on Tuesday with Bill Dobson, Nigel Hall and Ian Pearson.

On arrival at the MPD the Q6 was found in light steam on No 5 Road, but it had been stopped the previous evening with a brake fault. The brakes were not releasing sufficiently. The J27 was therefore put into service on Tuesday (see photo) in place of the Q6 While the J27 was getting up steam, Ian continued underneath the locomotive, lagging more of the pipe work. Bill made a locking bracket for the blowdown valve. This bracket is fastened onto its own bolts and secures the operating handle with a padlock. All that is left to do on the bracket is to clean up any sharp edges. 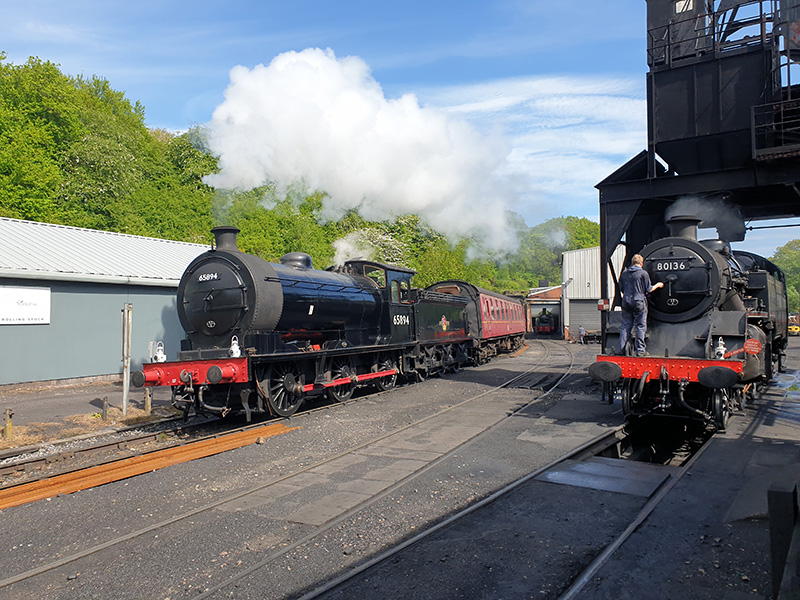 After lunch, the Q6 had enough steam on to move outside the MPD on No 5 Road and check out the brakes. It was soon evident that the brakes were dragging as Ian found out when he moved the loco outside - it didn't move as freely as it should. Once on the pit, adjustments were made by Paul Wickham, Chris Henwood and Andrew Jeffrey. Chris was underneath altering the pin position and adjusting the turnbuckle to get the correct clearance. The engine was moved back inside No 5 Road but it still wasn't quite right, so more adjustments were made and eventually a better clearance was achieved. The locomotive was then run up to the top of the head shunt a few times, and on the reverse runs it coasted down to the ash pit without steam on and the brakes not dragging. While on the ash pit, after about four trips up the head shunt, the fire was dropped, ashpan cleaned and then put back inside No 5 Road. The boiler was filled and made ready for its turn of duty on Wednesday.It is also rostered for the Patron trip on Saturday (1.30pm service ex Grosmont).

Nigel was not happy with his efforts last week with the curved headboard clip, so he set about making and fitting a new tongue to stabilise rattling, 8 extra screws for added resilience/security, and a wood spacer to reduce the size of the slot (see photo). It later received a coat of primer. Nigel also gave the workshop a floor a good clean with the vacuum cleaner. 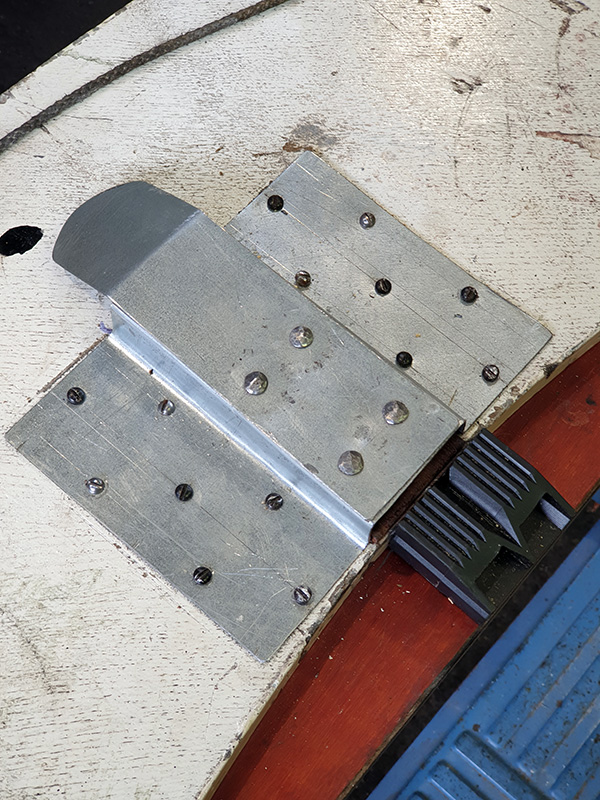 For the third week running there was no Wi-Fi signal in Deviation Shed on the traditional network. After signing off, Nigel mentioned this to Paul Wickham, who confirmed that changes had taken place. NYMR would like us to use the “NYMRbyod” network. A beacon for that network is visible within MPD and within Deviation Shed. Paul has supplied Nigel with that network password, and he (Nigel) has connected to that network. If any other working member wishes to use that Wi-Fi network (very useful for calls over Wi-Fi in the Deviation Shed mobile not-spot) then please contact Nigel at a Grosmont working party with device(s) in hand.