With the Q6 stopped for its 28-day exam and washout, all doors and plugs had been removed by the boiler washout team. With the boiler drained, the intention was to fit the blowdown valve today. The cover below the firehole where the blowdown valve will be fitted had been removed, leaving four badly worn studs which the NYMR boilersmiths were going to remove and then fit new ones. However, only two of the studs were removed today. A new gasket was made by Chris for the blowdown valve. The blowdown locking bracket was dressed by Bill, taking all the sharp edges off, refitted and the drain pipe attached. 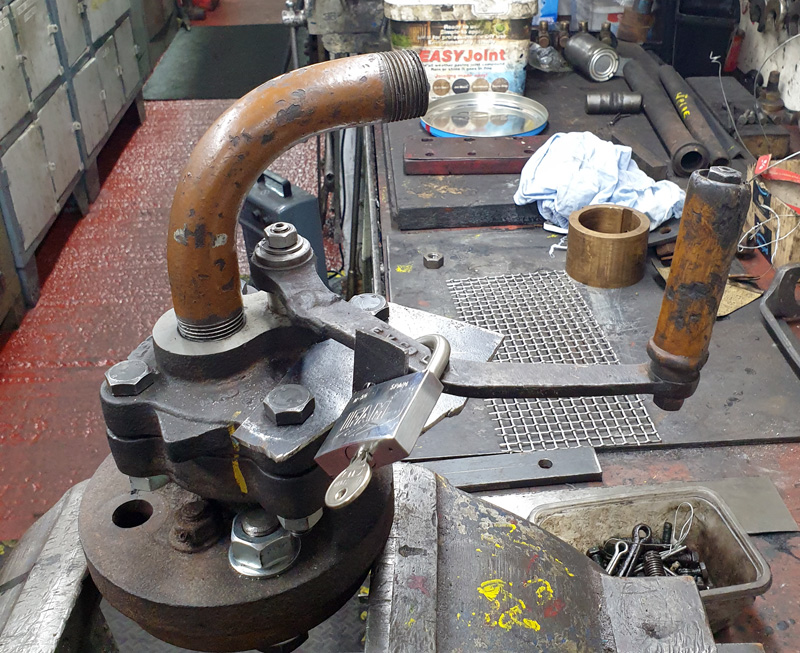 During the inspection we were told that there was a steam leak from the base of the blast pipe. The plan was to remove it and have a new seal put in, which involved removing the spark arrester. This was partly removed on Tuesday by Ian and Jon after a long struggle with the fixing bolts. Chris fitted more lagging to the atomiser pipe, but this job is still ongoing. Two other jobs done by the NYMR staff were to repack the regulator gland and also fit another regulator handle as ours was somewhat loose fitting! They also changed the righthand centre tender broken spring.

A request from Neal Woods to see if any J72 oiler pads were in store at Deviation workshop was pursued, but none found and Neal informed. Nigel made two fixing brackets our North Eastern Locomotive Preservation Group locomotive headboards so they can be displayed at Deviation Shed when not in use.

The boiler washout was in full swing today by the NYMR washout team. The remaining parts of the spark arrester frame were removed from the blastpipe and shotblasted, all the old, tacked on, nuts removed, and a new set of nuts and bolts obtained and fitted. The nuts now require tack welding to the frame work. No progress was made on fitting the blowdown valve today due to washing out the boiler and removal of the old studs.

Ed brought some J27 and Q6 oiler pads from Hopetown. These have been put in the storage box upstairs in the workshop, along with some clack box fittings and a tool for removing injector seats. Two new oiler pads for Blue Peter were found during this task. These have been taken to Hopetown.  The new headboard brackets were fitted above the workshop door and the two  headboards mounted (see photo). 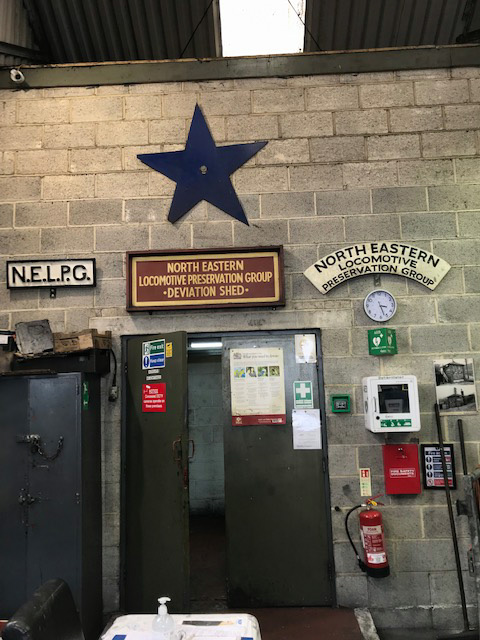