A warm day at Grosmont on Wednesday with Bill Dobson, Steve Hyman, Nigel Hall and Ed Bolam in attendance. Ian Pearson took the day off to rest his injured leg.

The group were met at the ash pit by Paul Wickham who announced that the Q6 was on its way from Pickering, but all was not well with the atomisers.

Steve spent some time sharpened our blunt drill bits. Nigel mounted another couple of headboard brackets on the workshop wall.

When the Q6 had arrived on the ash pit for its servicing and FTR exam, Bill and Ed inspected the atomisers and mechanical lubricator. No 2 atomiser pipe was hot, so that non return valve ground in. Reassembled and still leaking back, as were two others. Problem possibly muck in mech lube.The Q6 left the ash pit to haul the 13:30 departure with the atomiser steam supply turned off.

Lunch was had alfresco on the bench outside Deviation shed. 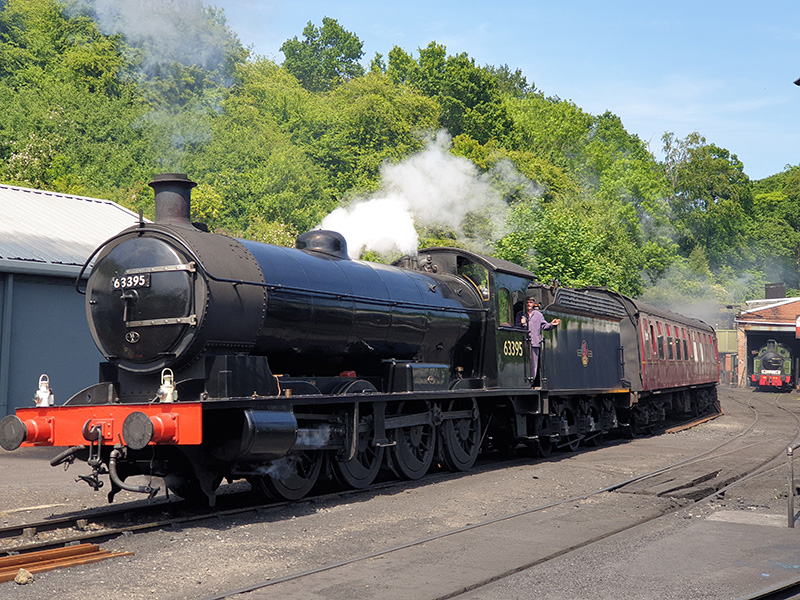 It was too warm to work in the afternoon. Paul Wickham brought a group of visitors from the organisation building the Clan 72010 - HENGIST in Sheffield to see items in the shed.  He later returned for a discussion about the atomiser problem.

The J27 passed with trains during the day; it seemed to be working well. Driver Chris Cubit passed several times during the day on the S15 on running running-in trips. These developed into banking and piloting trips to Goathland and eventually to Pickering.