Tuesday at Grosmont was a fine day, but very windy with the coal pile being watered to keep the dust down. Nigel Hall, Ed Bolam, Chris Lawson and Ian Pearson were present, along with Graham Bagshaw, an NYMR MPD volunteer.

Hammer testing the stays on the J27 post washout found 6 were broken - two on the left side of the boiler, opposite to where the earlier four were found and replaced at the end of April, and four on the righthand backhead area (see photo). 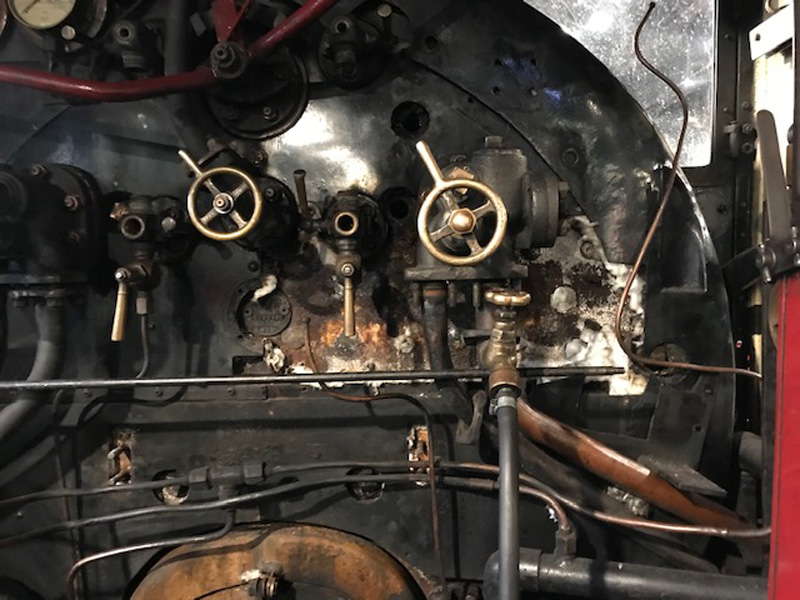 So, the volunteer focus was on the J27 with a concentrated effort by everyone, including oilersmith Tom Leach and Chris Henwood from the MPD, to remove the cab. In view of his previous experience with J27 cab removal, Nigel took the lead on identifying which items to remove totally and those such as hand rails, steam pipe to drifting valves, which only needed disconnecting and sliding forwards to clear the cab when lifted. The ejector exhaust was also disconnected. The cab windows and arm rests, which were removed first, are stored upstairs in Deviation Shed workshop. All the countersunk nuts and bolts that join the top half of the cab to the bottom are in a plastic container in the tender locker. Later in the afternoon, when all the necessary fittings had been removed, the J27 was hauled outside the MPD, with Chris Cubitt's assistance driving the diesel shunter, and the cab was removed (see photos ) using the tele handler driven by foreman boilersmith Chris Kelly. 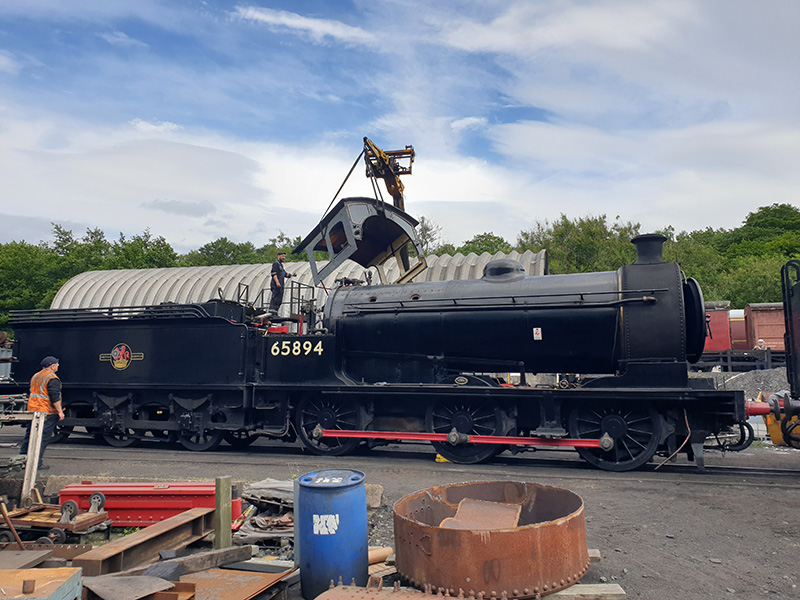 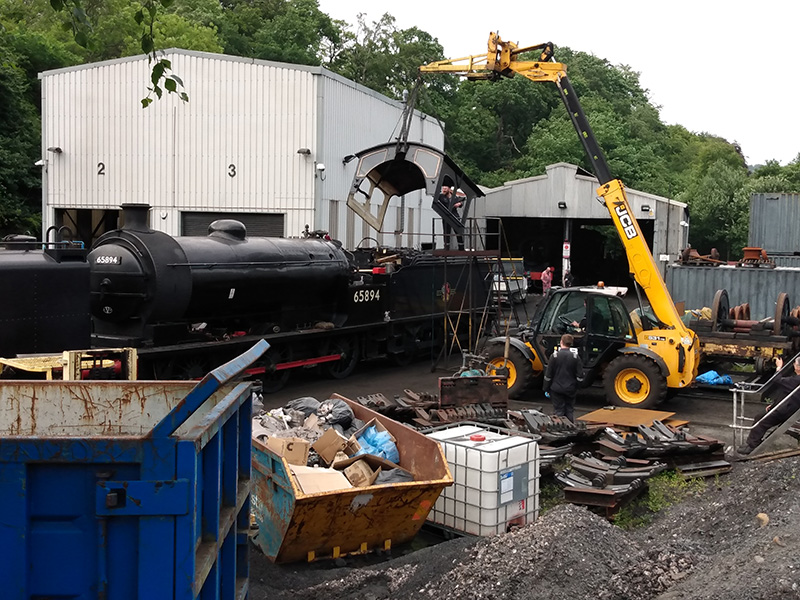 On Wednesday, Nigel Hall came in and removed the cladding sheet from the lefthand side firebox which covers the two broken side stays, with some assistance at the final stage from Chris Kelly and Tom Leach. Today (Thursday) has seen all the defective stays now exposed with the cladding and lagging removed. BV, our boiler insurers, have been advised, as have the KESR, as the J27 visit there is now under threat. Subject to the views of BV on the repairs to be carried out, we and the NYMR will be doing everything we can to complete them to enable the visit to go ahead, but there can be no guarantees.