Nothing to report on the Q6 this week. No work was being done on it while issues relating to the atomiser lubrication system await resolution, and Bill Dobson's return from his absence in Scotland. The valves remain due to be removed for checking that they are OK.

Following NELPG technical group agreement of a proposal by ACME Ian Storey to remove and fit 24 new stays in the top 2 rows of the J27 backhead, and remove and fit 26 new stays in the top 3 rows of the side sheets, 13 per side, approval of this course of action was received from our insurers, Bureau Veritas. With the agreement of the NYMR, Northern Steam Engineering has been contracted to do the work and were due to start today (Friday). In preparation for this, the task on Tuesday was to remove the necessary cladding from the boiler and and all the backhead fittings. Nigel and Jon concentrated on removing the boiler cladding, while Ian and Chris were in the cab area removing backhead fittings, including the right hand clack box, steam/vacuum brake diagram unit and one section of backplate cladding. Nigel and Jon had a struggle removing the righthand cladding sheet next to the cab but eventually it was removed, along with the two shoulder sections. It was a long day, and we even had to forego our afternoon cup of tea! 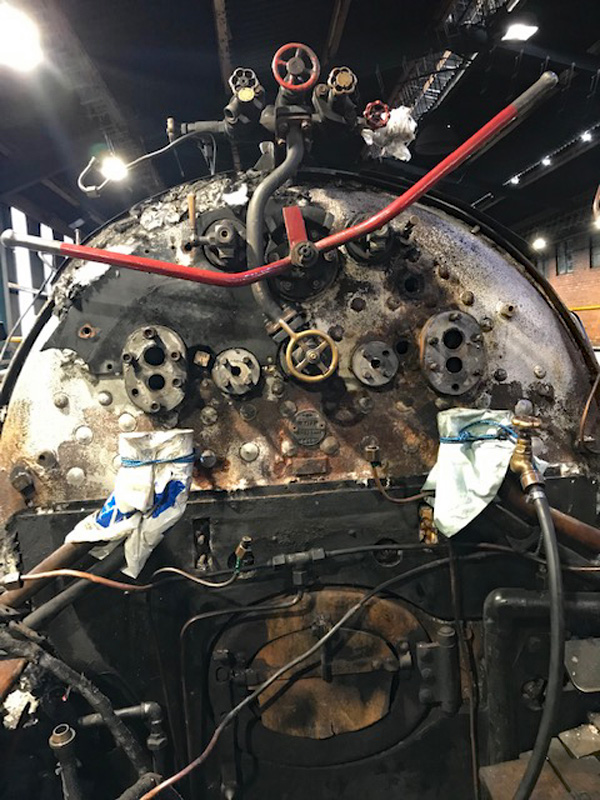 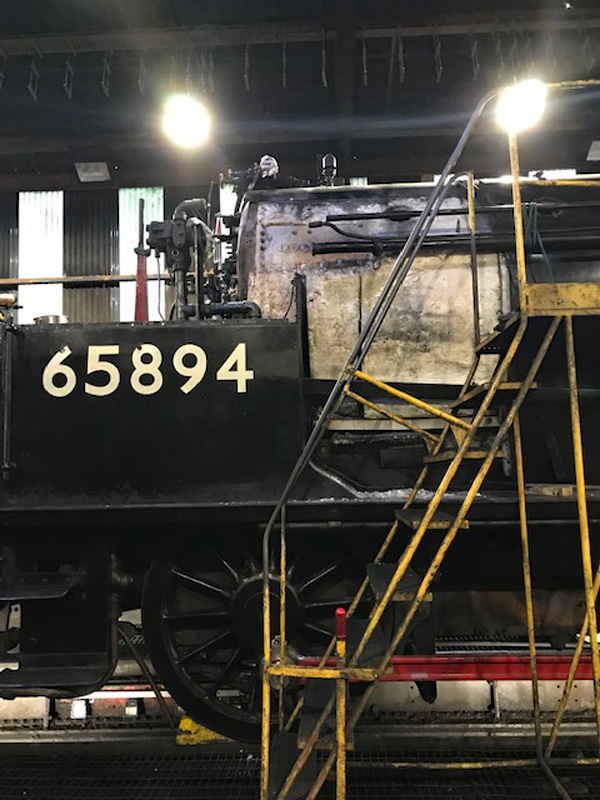 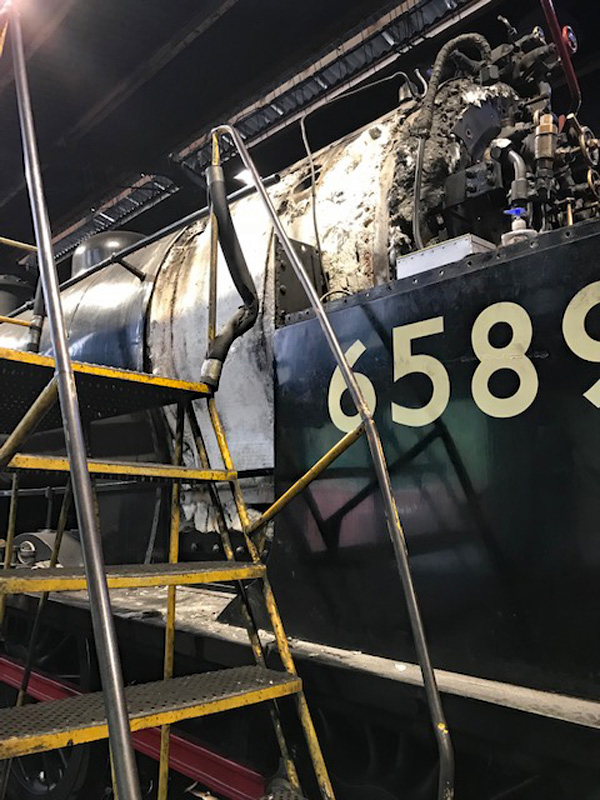 At Deviation Shed, the defibrillator had its monthly check, and North Eastern Security Services carried out their yearly service on the roller shutter doors.

Wednesday, a fine cloudy breezy day at Grosmont, saw Nigel Hall and Ian Pearson return to the scene and carry on from Tuesday, removing the remaining backhead fittings - lefthand clack box, and left and right bottom gauge frame fittings. Chris Henwood helped by warming the various nuts which were tight and awkward to get a spanner on. Another section of backplate was also removed. The attached photos show the stripped down sections of the boiler and backplate. Nigel had a suspicion that cold water may be causing the stay breakage so he examined the water delivery tubes with his borescope but didn't find any holes in the pipes. Investigations into possible causes of the stay breakages continue. Finn Alan offered to weld up the righthand cladding sheet which Nigel had repaired earlier on this year after the first set of stay breakages.

There is now lots of work to do on the J27, cleaning the bosses where the clack boxes and gauge frames fit, the clack boxes themselves can be serviced, and new gaskets to be made, to mention but a few. This is the current priority, in an effort to get the locomotive to the Kent and East Sussex Railway for its summer hire with the minimum of further delay.