Monday (11th) saw contractors, Northern Steam Engineering, at Grosmont removing the J27 boiler stays that had been agreed with our insurer for replacement - 44 in total.

Tuesday (12th) In the latter part of the afternoon, Nigel spent some time cleaning up the J27 cladding sheets and preparing them for repainting.

Friday (15th) On the J27, Northern Steam Engineering were working fitting new stays with Danny Dymott in charge. They fitted 28 stays - all those on the backhead (see photo), 5 on the RHS, but none on the LHS - but there are still 18 to make and install. They were unable to machine the missing stays because of delays in receiving the required copper bar. The hope is that they will be ready for fitting next Thursday. As a result, the visit to the KESR now looks increasingly uncertain, but we will continue to do everything we can to get the J27 available for traffic as quickly as possible. In the meantime, the boilersmiths will be assisting with blanking off and boxing up, and removal of the drilled out stays that have fallen down into the water space area, accessible from the mud hole doors.

Saturday (16th) saw Ian Storey and Ken Middlemiss at Grosmont working on the J27. They felt it too risky for two oldies to tackle the dome, so they cleaned two inspection doors, cleaned up the fibreglass and spent ages looking for the hydraulic blanks. No-one knew where they were, but after they had packed up and gone home their location was finally identified! 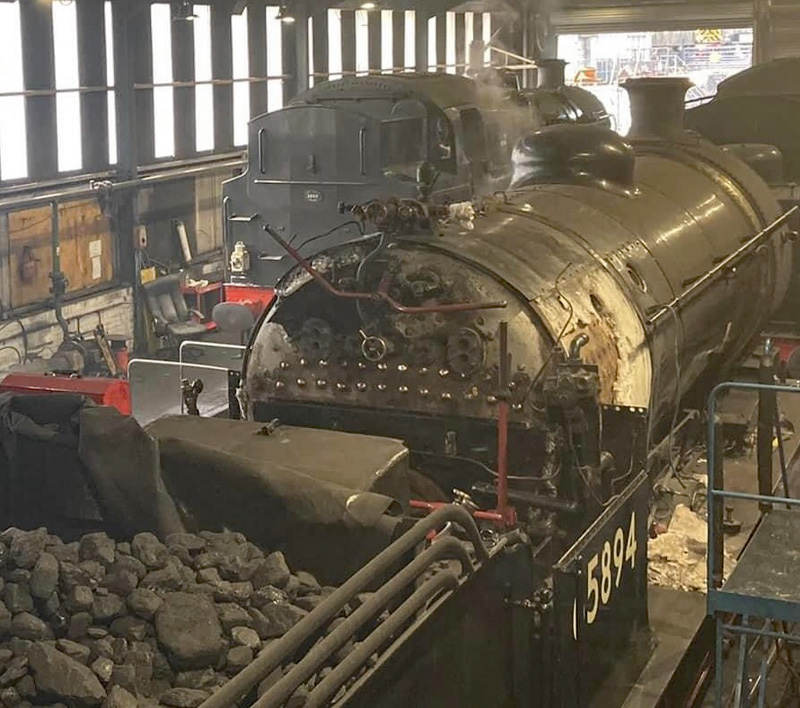