A cool, cloudy, drizzly morning at Grosmont on Tuesday, but the sun shone later making it a very pleasant day, with Bill Dobson, Paul Jameson, Nigel Hall, Chris Lawson and Ian Pearson, along with help from Robin Savage who was on a one week NYMR work experience course from Rye Hills Academy, Redcar. 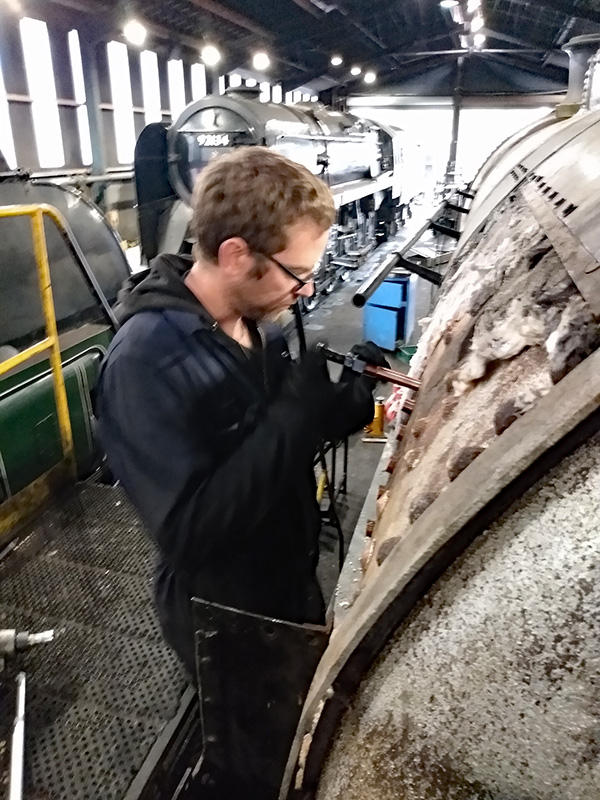 Work focussed on the J27 with the last few stays being fitted and caulked by NSEL (see photos). 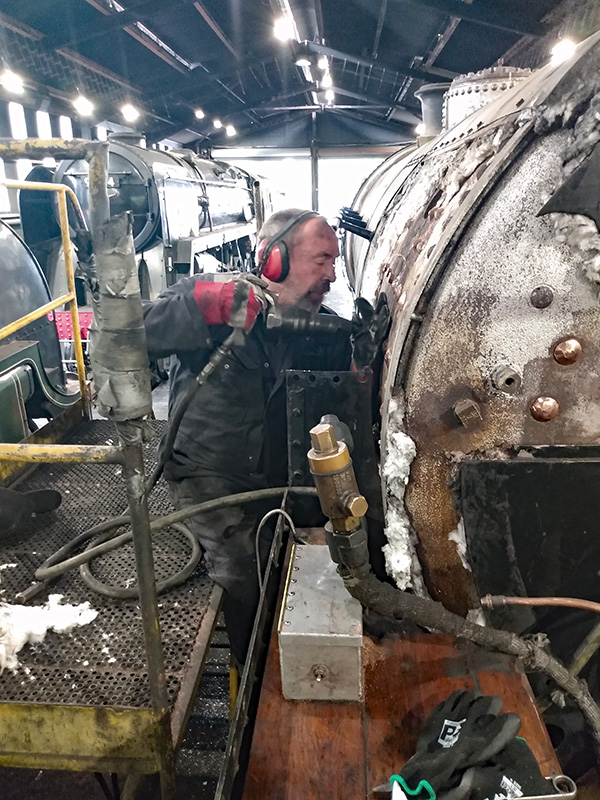 After a search around the storage area above the Deviation Shed workshop, two clack box and two bottom gauge frame blanks were found. One of the gauge frame blanks needed the stud holes making slightly larger which Paul Jameson did using the radial drill. Ian made rubber gaskets for all these items (see photo). Chris spent most of the morning in the J27 cab cleaning the boss faces of the clack boxes and bottom gauge frames.  Later Bill and Paul fitted the blanks to the clack boxes and bottom gauge frames. The clack boxes themselves were taken up to Deviation Shed and had the faces cleaned by Chris and work experience junior Robin, while Ian was making gaskets for these items. Nigel was working on the cladding sheets, cleaning and making an excellent job of priming them in preparation for refitting.

Wednesday was a lovely fine day with lots of sunshine. Steve Hyman, Nigel Hall, Paul Jameson and Ian Pearson were present from the Group, and later on in the morning, Robson Hewitson arrived with the intention of having a chat with Bill - unfortunately though, Bill was having a day off. 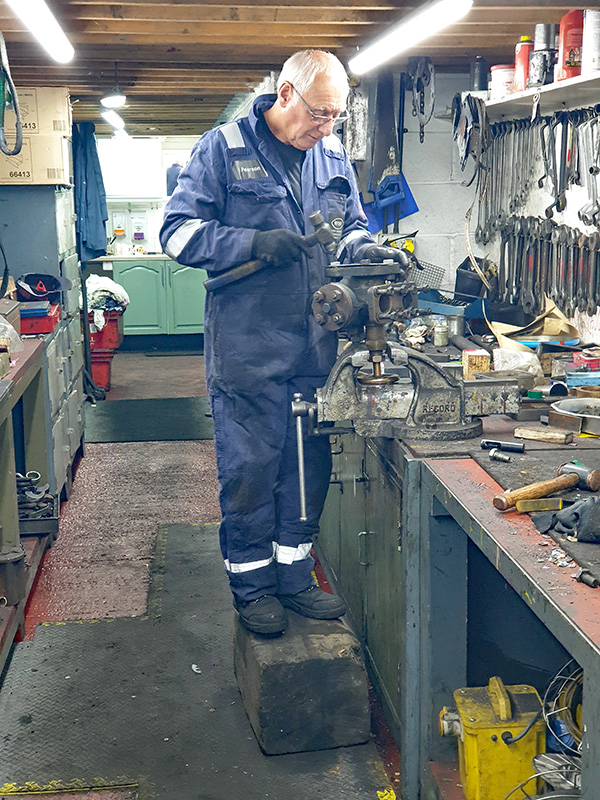 Nigel carried on with more preparation of the J27 cladding sheets, giving them a coat of black gloss on the inside so when they are refitted it might make life a bit easier sliding the sheets back into place.
Paul set some ladders up on the righthand side of the J27 and stated to clean the safety valve bosses, while Steve and Ian manoeuvred the tall mobile gantry from outside into the MPD between Nos 4 and 5 Roads. That enabled Steve to assist Paul clean up the bosses of the safety valves from the other side, and then, between them, fit the blanks. Robson removed a couple of washout doors, one each side of the fire box. Later, he drove the shunter doing a mega shunt to get the J27 onto the back of No 5 Road over the pit to allow removal from the firebox of the old copper stays. After removing half a dozen boiler plugs around the back head area, Nigel got his endoscope down some of the plug holes to see where the stays were lying (see photo), and he and Steve started poking at them with a heavy-duty cable to dislodge them, with Paul underneath retrieving them from the rear mudhole doors. At the end of the day, 20 out of a total of 44 had been removed.At least one is stuck on top of the firehole. Now what is required is a power wash around the fire box to dislodge more stays. 24 left to get out, plus all the small pieces and more prodding and poking. 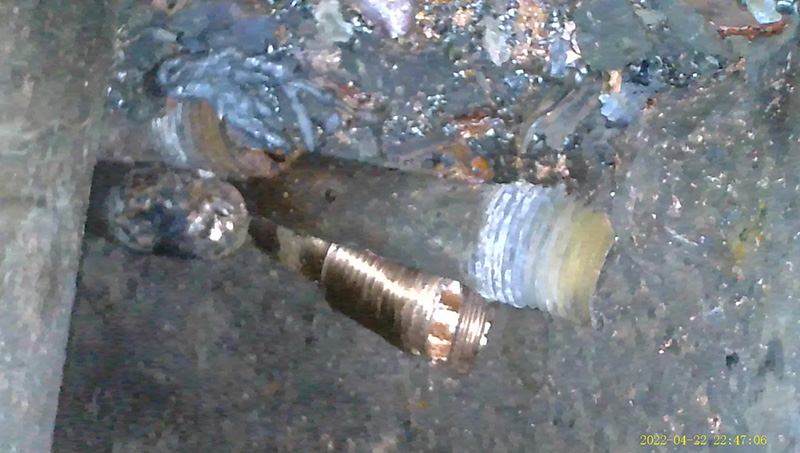 A start was made, at last, on replacing the Deviation Shed roof panel, blown off during the storms earleier in the year.