The Q6 underwent a successful out of frames steam test with the insurance inspector on 13 May at LNWR Crewe. He was very happy with what he saw, with only one or two wisps of steam from a couple of stays that will need caulking. Safety valves were lifting and shutting off exactly as they should. Everyone was very pleased at passing this important next step in getting the Q6 back in traffic. The boiler inspector will want a confirmatory in frames steam test however, before finally signing it off. This could be done at Crewe, or on the NYMR on its return - the latter would have the advantage of being done with the tender attached which greatly simplifies the operation, and would also mean that it could also then be run up and down the yard if successful. The boiler inspector is going to consider and come back with a decision on which it is to be. 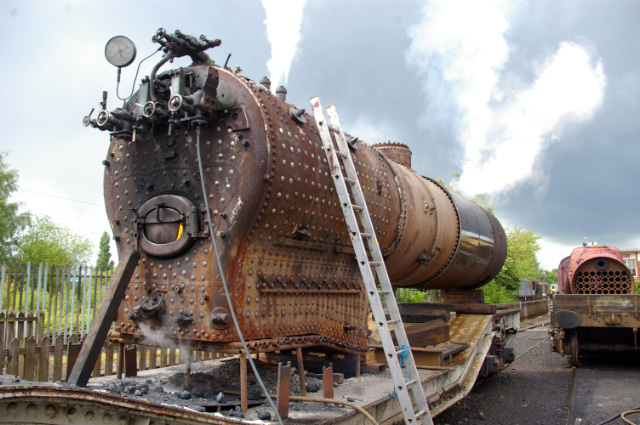 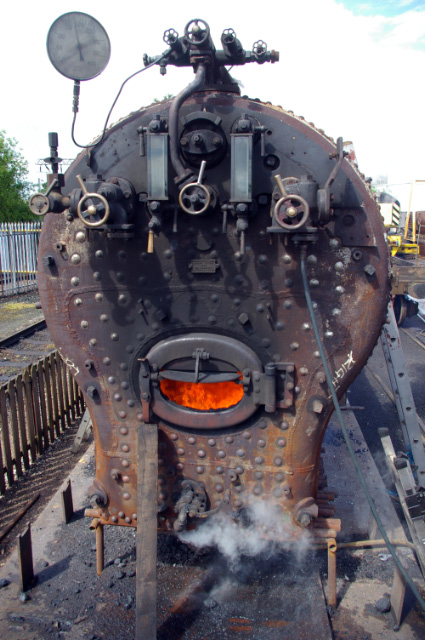 Apart from these minor jobs, the next stage is re-assembly. This is likely to take three to four weeks. Return to the NYMR is therefore unlikely before mid June at the earliest , but we continue to press for the remaining work to be completed as quickly as possible (without compromising its quality of course). 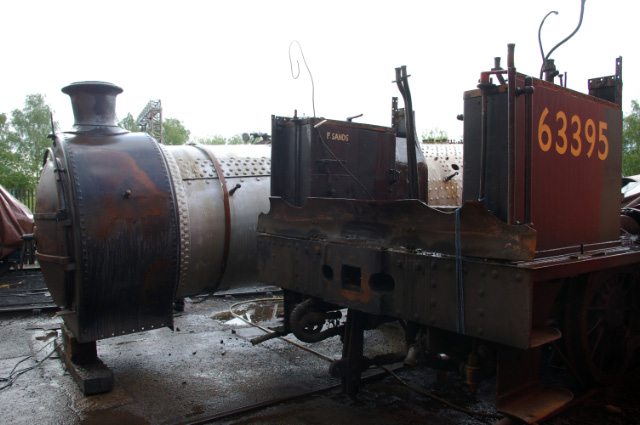 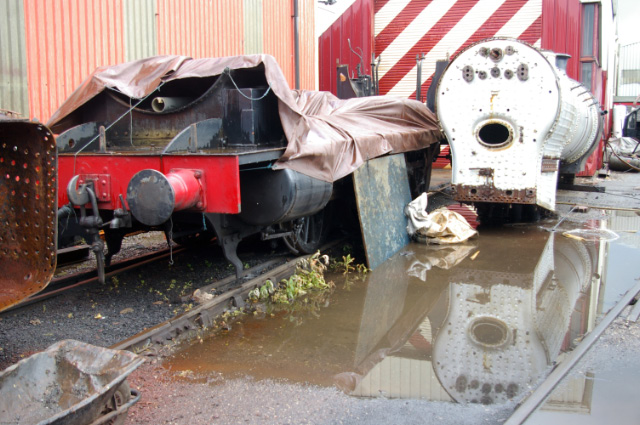 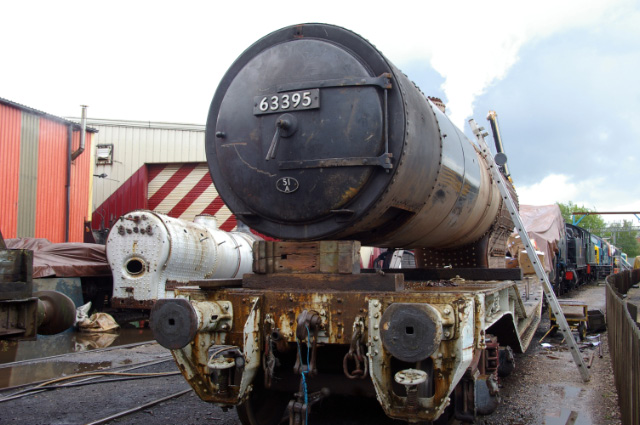 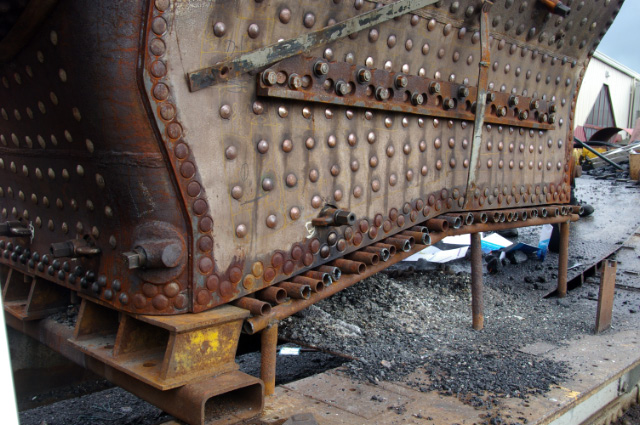 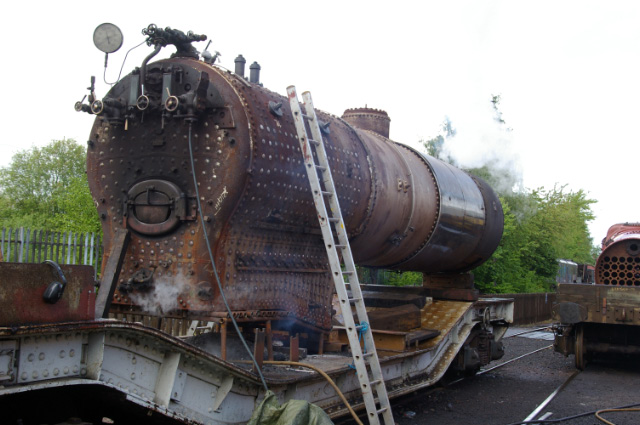 No work has been done on the J27 boiler in the last few weeks as efforts have concentrated on preparing the Q6 for its hydraulic and steam test, the latter requiring the construction of a temporary grate out of old boiler tubes, as can be seen in one of the photographs taken on the day. 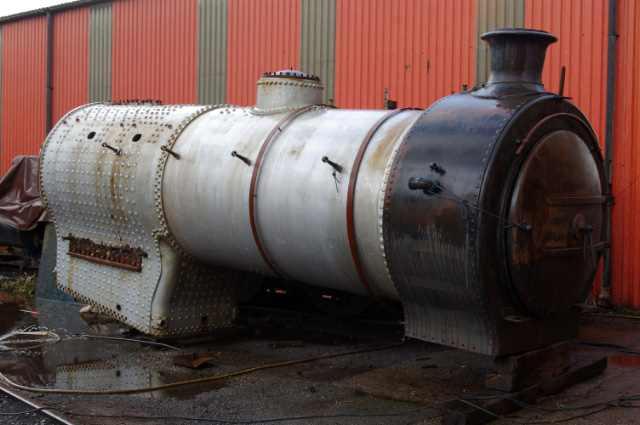 Stay removal will begin again shortly however, although these are proving very hard and more difficult than expected to remove. Samples will be sent for analysis to check their composition.

Those of you with (not so) long memories will recall the activities of 1st October 2006 when, after a long overhaul, the Q6 boiler had its previous out of frames steam test outside the Grosmont boiler shop. 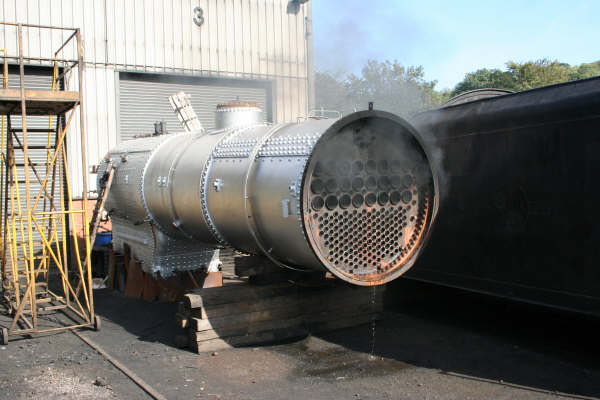