Last Wednesday we has a working party of 10, an outstanding turn out. Spring is on its way, warm sun shon through the shed doorway, the railway was operating and the station tea room was open again. With those numbers it's not surprising that progress was made on a number of fronts.

On Wednesday Bryan Orange and his team of 3 junior volunteers completed the cleaning out of the boiler tubes. The side rods have been cleaned off and the holes for the side rod bushes prepared. 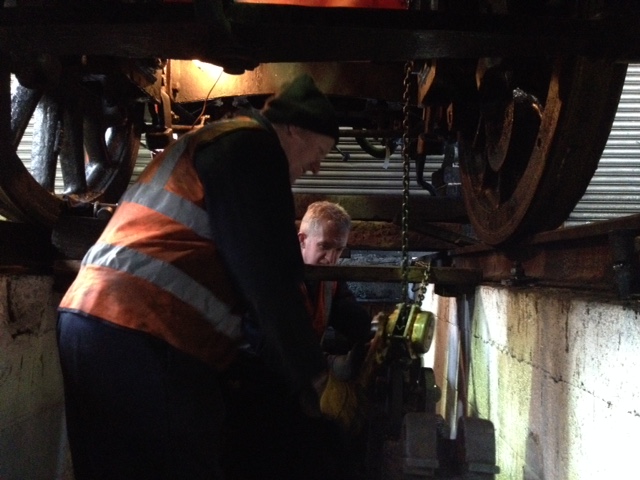 On Wednesday a team lead by Terry Newman jacked the front of the engine to begin the removal of the underkeeps on the leading wheelset. We want to do this so that the underkeep pads can be renewed. On Saturday the springs and hornstays were removed. The engine had to be jacked further as the outboard underkeep pins are foul of the frames. This was unforeseen so what had at first apeared to need a lift of 4 - 5", now looks to have to be considerably more. Thanks to Neal Woods for leading this assisted by Alan Hardie and Paul Swaintston . 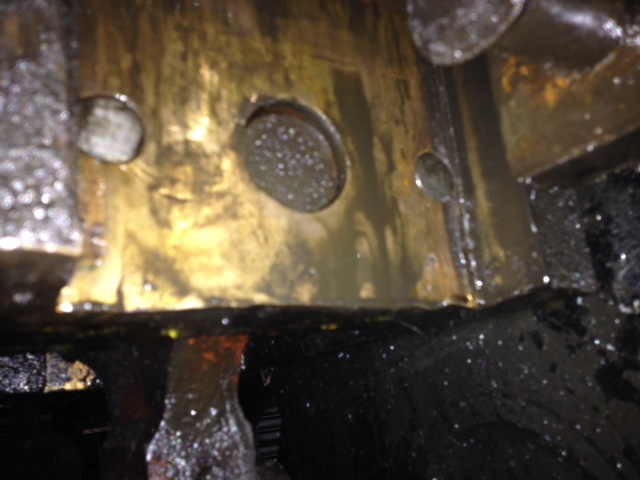 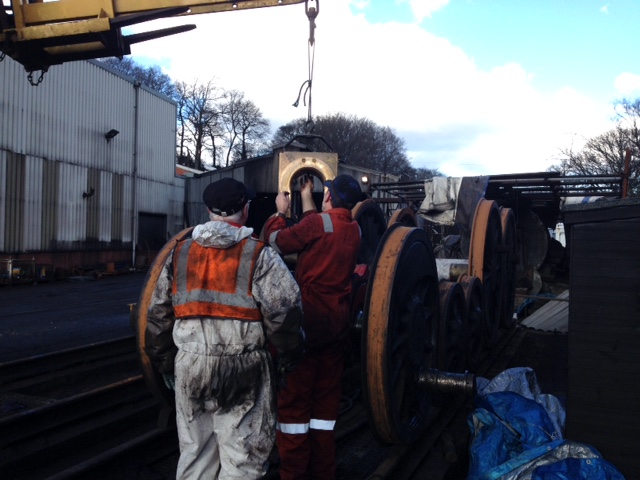 The manifold valve was reassembled, leaving only one steam valve left for Mike Oliver to examine. Terry Newman fitted new felts to the driving axleboxes and they were both fitted onto the driving wheelset on Saturday. Andy Lowes supervised assisted by Ian Pearson and fitter Phil Naylor. 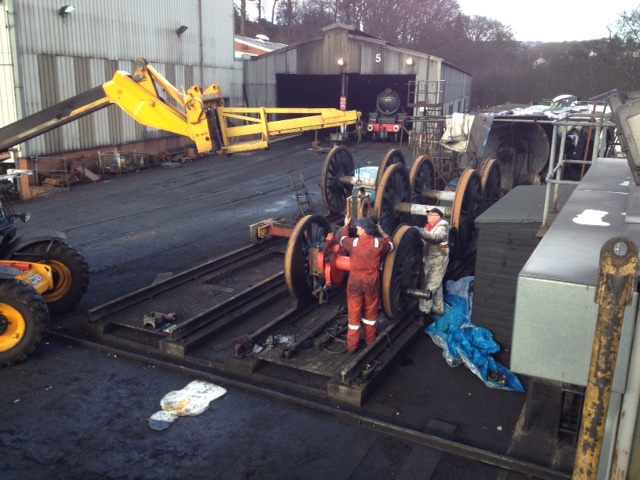 The underkeeps are a tight fit but one was fitted before they ran out of time. 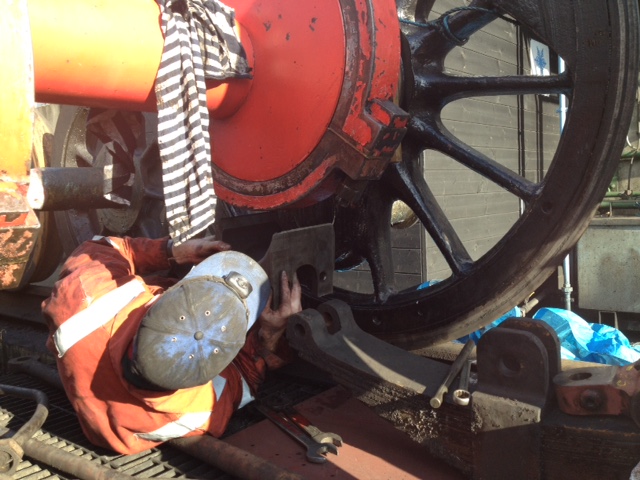 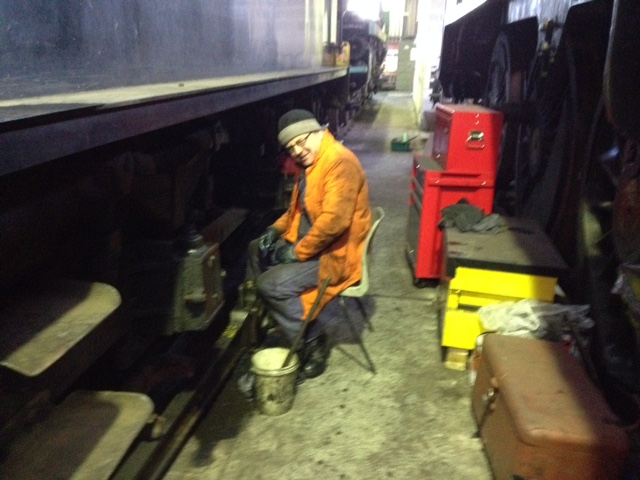 Much to my relief the reverser was put on test for an extended period on Saturday and proved to be tight, with no oil leaks. Thanks Andy Lowes that's a weight off my mind. The air supply was removed and the steam supply pipe refitted. This is a major step forward and means as soon as the driving wheelset is ready it can go back into the engine.