On Wednesday work continued putting the axleboxes on the driving wheel set. The left had been put on the previous Saturday. Ian Pearson and Les Harper got the right hand axlebox on but found it very difficult to get the underkeep tray in. It has to be pushed up into the axlebox from underneath while holding it so that the oil in it doesn't run out. They found that the underkeep would only go in so far and would then jam. It was decided to take it back off for investigation. A disappointment as so much hard work had been put in to get the axlebox on, then off again, then return it to the workshop. 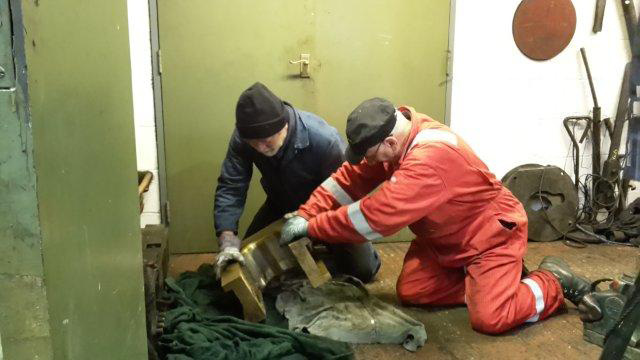 It was hoped that we could start on refitting the side rod bushes on Saturday but with the setback of the right hand axlebox we carried on with fitting that. After discussing our difficulties with Richard Campbell it was decided to spread the axlebox to enable the underkeep to enter the axlebox more easily. A hydraulic jack was borrowed from the A4LS and a dial test gauge from the NYMR. The setup is shown in the photo with this report. Assisted by James Pearcy the axlebox was carefully spread so that the gap was increased by a few thousands of an inch then the underkeep tray was trial fitted. When the fit was satisfactory the axle box was refitted to the wheelset by Ian Pearson and James. Thanks also to Phil Naylor of the NYMR who used the teleporter to lift and lower the axlebox onto the wheelset. 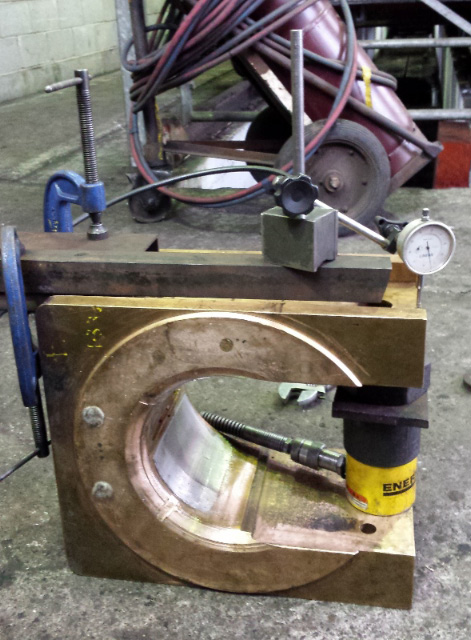 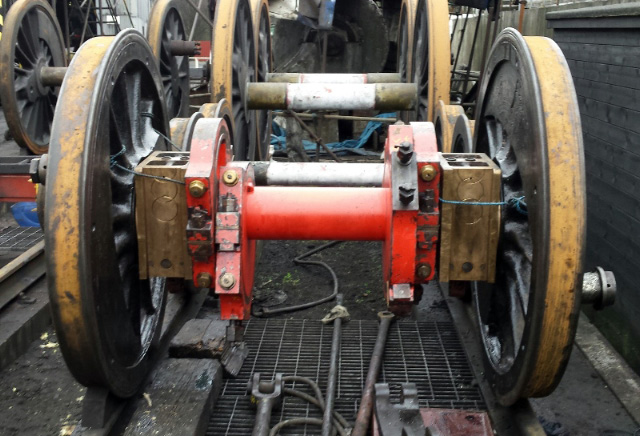 On Wednesday one milepost was reached when Mike Oliver finished his valve overhaul marathon with the steam valve that controls the steam reverser. 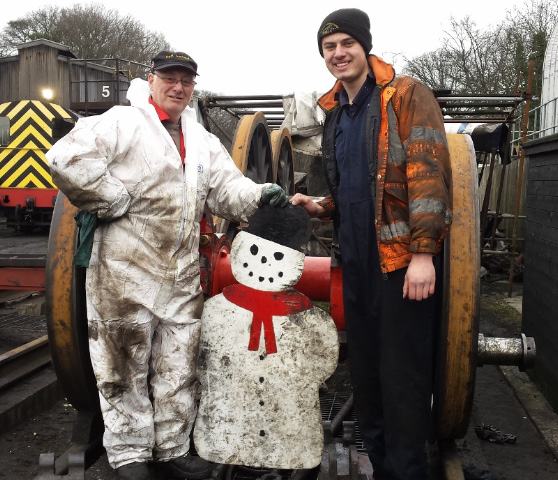 Nigel Hall continued to paint the front of the tender this week. By Saturday a black gloss top coat had been added. Nigel assisted by Colin Smith has also started putting a protective coating on the tender bottom. 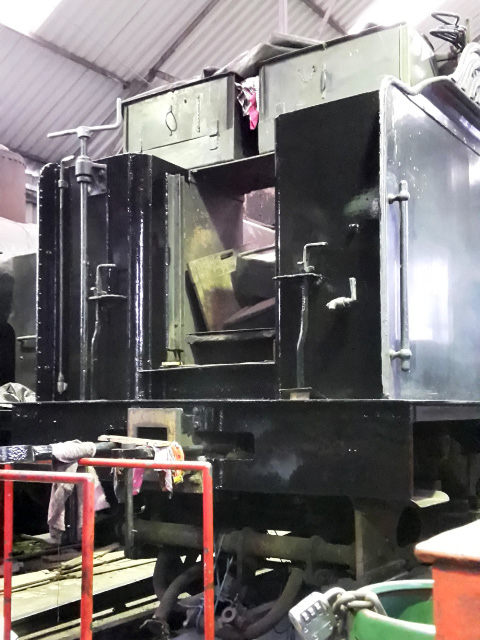 The left hand cylinder draincocks were trial fitted successfully on Wednesday. They have been fitted with new threaded sections as the old ones were badly worn.