Well, the K1 made it and arrived on the NYMR on Wednesday 4th March, together with the K4, enabling the two locomotives to work the re-enactment of the Whitby Moors railtour of 6th March 1965 exactly 50 years later. 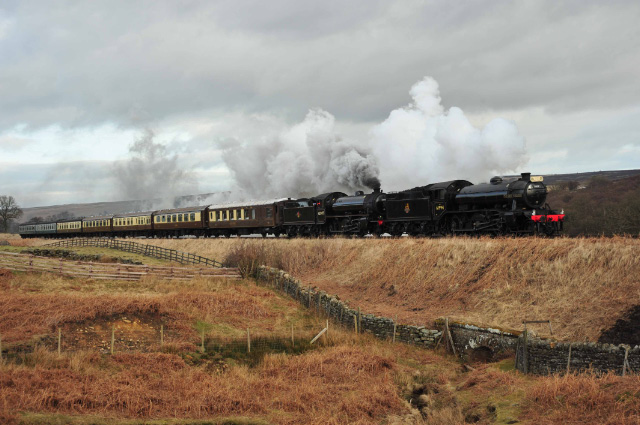 The occasion was used to formally open Maurice Burn's exhibition 'Last Train to York' in the Learning Centre, platform 2 at Pickering station, which runs until 1st October and is well worth a look. 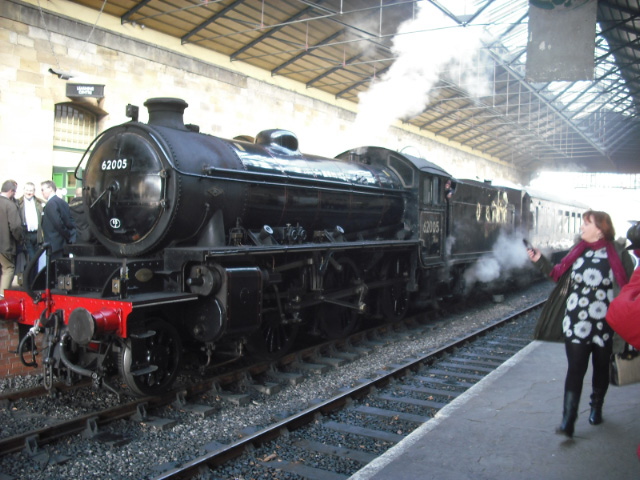 Unfortunatley, many of our regular photograohers travelled on the train, so we have very few pictures of the event. 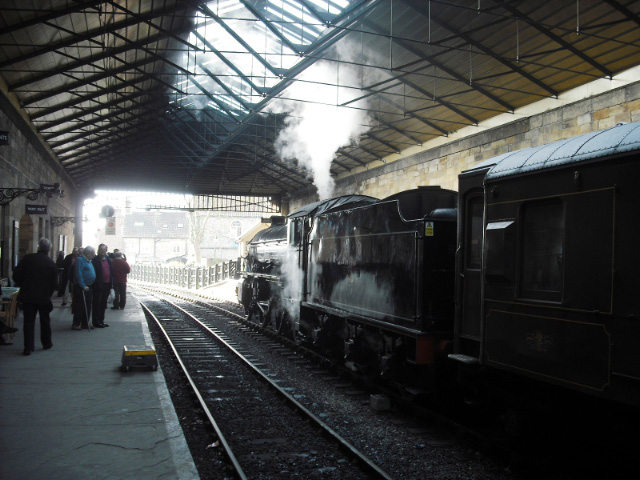 On arrival of the same train at Whitby, platform 2 was officially commissioned by BBC Leeds Look North presenter Harry Gration, who said a few words and cut the ceremonial ribbon. 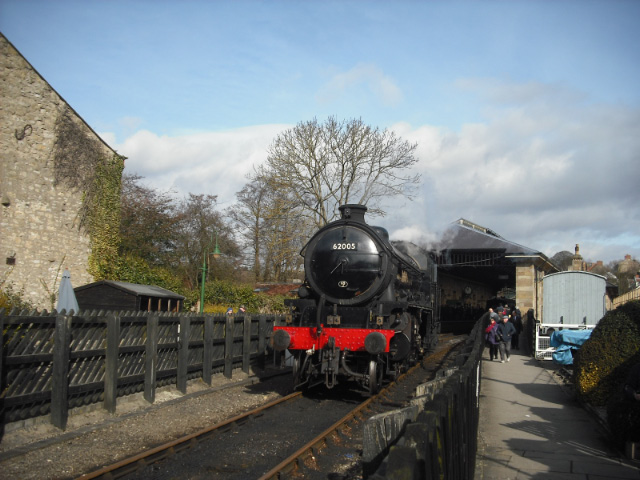 The K1 was crewed by driver Terry Newman and fireman Alan Whitehouse, so there was a friendly reunion of Harry and Alan, since Alan used to work on Look North!