On Wednesday the right hand coupling rods and both connecting rods were put back on the engine. A job that required all hands as the coupling rods have to fit on all crankpins at once. At the same time as manhandling the heavy rods we had to be careful that the oiling felts at the crown of each side rod bush stayed in position until the rods were fully home. Chris Lawson steered the coupling rods over the leading crankpin, Derek Shorten the intermediate, Ian Pearson and Mike Oliver the driving and Dave Donegan the trailing. 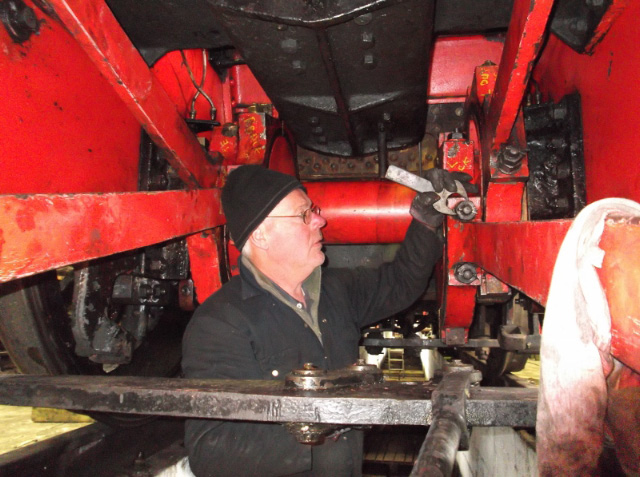 On Saturday the eccentrics were reassembled. The upper eccentrics required connecting at the eccentric end only as they had been tied up and did not require total removal to release the driving wheel set. That wasn't the case with the lower eccentric rods which had to be totally removed. Dave Donegan and Andy Lowes, assisted by Brian Armstrong and Les Harper reconnected all the eccentric rods. They are now lock-nutted and cottered so the valve gear is now complete. 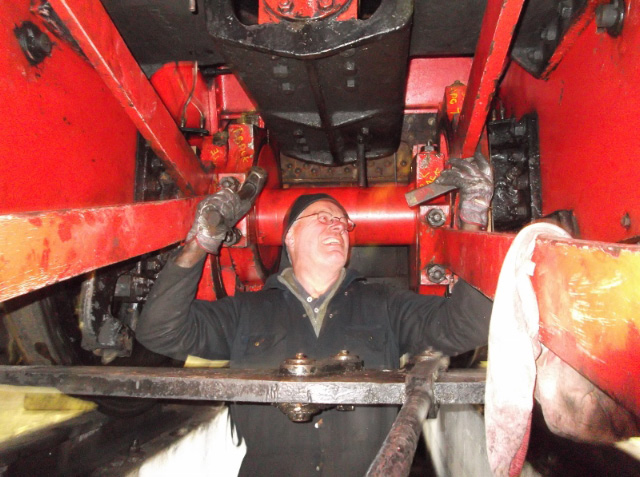 Once the eccentrics were up, a job led by Dave Donegan, Andy led the team in putting up the leading springs. Les Harper and Bryan Armstrong have began replacing the sand pipes on the leading and driving wheelsets. 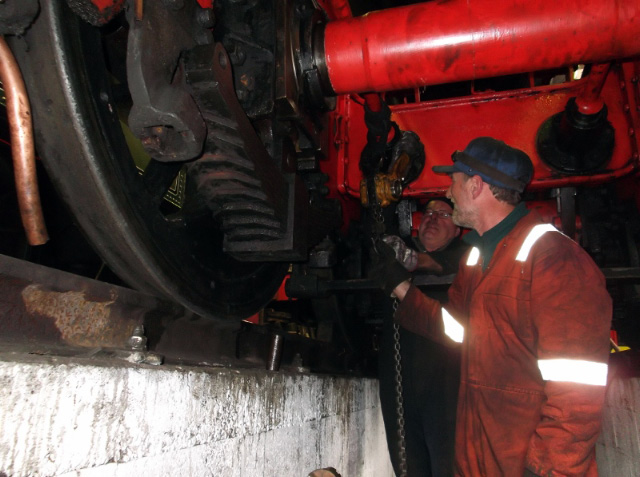 So this week has seen some major steps forward and the day we steam gets ever closer. If you haven't been on a Q6 working party now is the time. We are probably 2 weeks away from completion and steaming. You'll probably be surprised how much fun you can have with tools, tea and biscuits.