With 45428 stopped for a boiler washout, and 76079 stopped with flats on the tender wheels, the Q6 and K1 have provided the entire steam motive power on the NYMR throughout this first week of the Green timetable. Shades of the 1970s! The photograph shows the K1 on arrival at Pickering with the 1400 ex Whitby service on 13 April. 45428 and 76079 are due to return to service this weekend, and with the arrival of 80072, it is likely that the K1 and Q6 will get a well earned rest next week so that various small fettling jobs can be carried out by the MPD staff. 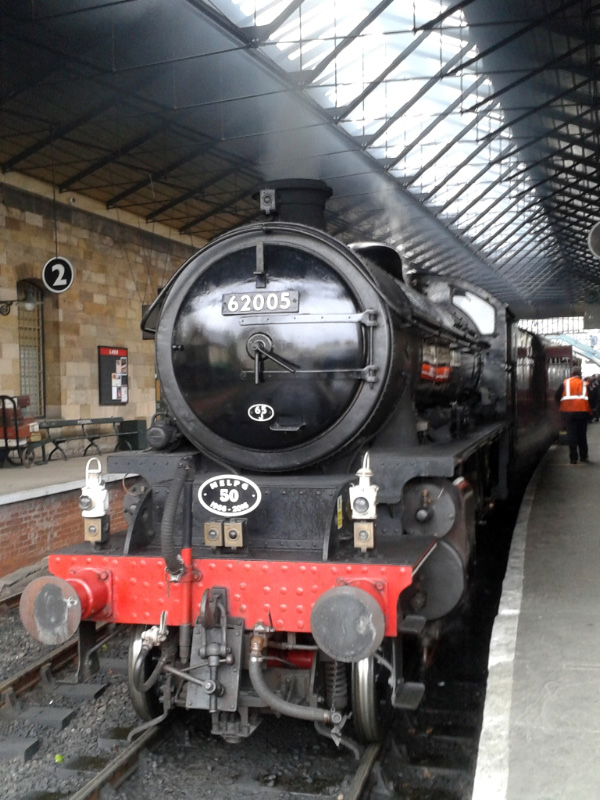