Albert Hawman steaming along at 104

Albert Hawman steaming along at 104

A visit to see Albert Hawman at the Grange Nursing home Darlington on January 18th found him in good form. As the nurses said there is a sparkle in his eye when some comes to see him and talk about steam engines. Albert celebrated his 104th birthday last November 25th. I said to him do the years go past quicker as one gets older? Yes they do even when over a hundred! They do not slow down! 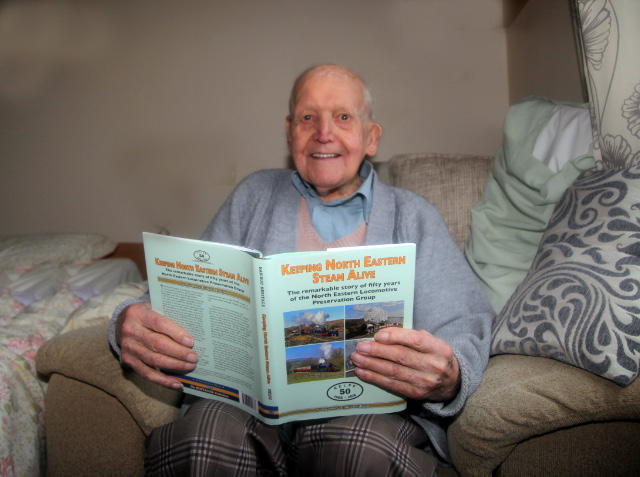 Sitting in his room with the window open on a winters day he said he likes the fresh air - a reminder of a lifetime sent on the footplate. We talked about the NELPG engines and the big work being done on the J27. I asked if he would like to see it at Hopetown when first steamed? Yes if it coincides with a nice summers day. We then went through the NELPG book Keeping North Eastern Steam alive which his son Doug had bought as a good 104 year old birthday present. When we stopped on the picture of 62005 on the Three Dales railtour, on which Albert was the driver up Weardale, we both realised that it ran 50 years ago next May 20th. We both said it seems just like yesterday!