The following tributes were received in response to Chris Lawson’s announcement of Peter Proud’s passing. 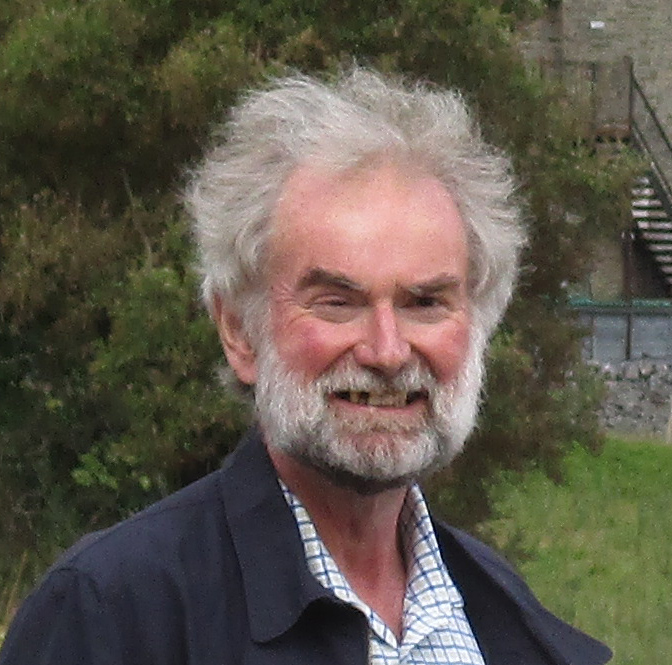 Sad news indeed. I've known Peter from the very early days of the NYMR and NELPG. He was an inspirational and dedicated Steam preservationist. I always enjoyed his company, listening to his stories and socializing in the Station Tavern at Grosmont.

I was surprised to see him recently in the Booking Office in Whitby. We had a brief chat, which made me smile and reminisce.

My condolences to his wife Hilary.

Thanks Chris - Although I didn't get to know Peter well, it’s really sad news to receive.

Elizabeth..."Oh dear, there's too many people dying. They'll have to stop it!" Think Peter might have smiled....

The conversation with Fidel, while waiting at the Pearly Gates, will be interesting... Steam in the sugar cane fields? RIP Peter. Remembered fondly your interesting, amusing and always friendly company.

Dedicate the J27 return to Peter?

Thanks for your email. Very sad news indeed. Peter was always so full of life and enthusiasm. His distinctive voice immediately comes to mind. A sad loss indeed. Do you have an address to send a card to Hilary?

Thanks for letting us know. Very sad.

Thank you for letting me know. I did know that he had been ill for some time, and was expecting the news. Doesn't make it any easier though.

Thanks for letting me know Chris.

It is, unfortunately, a fact of life that we will eventually die. It does not make it any easier for those who are left behind. However, in Peter’s case, we certainly have many memories and stories to tell of when he was with us, and what a difference he, and the others, have made to hundreds of lives through the work and enjoyment in NELPG.

Delighted that at least the 'book' was issued while he was with us.

As you say, very sad news.

We have much to thank him for - the vision of Peter and the two Kevins is still at the core of what we do.

Very sad news indeed - please pass on my condolences to his family and to the NELPG as a whole.

My copy of 'Keeping North Eastern Steam Alive' arrived just a couple of days ago and I have devoured the first 100 pages without a pause. He and the founding members started something that has grown into a real, professional organization and I am humbled when I read of their dedication over the years (yourself included).

On just a few occasions I have been able to assist a little with loco disposal and maintenance, but the magnitude of what was achieved over the years by the group has me feeling inadequate to say the least.

Thanks for letting me know. I had met him some years ago and I know he was a larger than life character but it is a sad loss to for that knew him. Please pass on my condolences to his family and friends

Sad news indeed. As it happens my DMU Guard on KWVR, Stuart Bell, and I were discussing Peter Proud on Sunday. This lead indirectly to me Googling "Midland Neverers Association" and raising the ghost of Paul Riley. Plus reminding myself just how much Colin Gifford shook up the conservative world of railway photography. Farewell Peter, you will be missed.

I am part of the A4/K4 support crew and Fraser passed this onto me, he also told me Peter was quite poorly and that he had sadly passed away.

I first met Peter at Fort William over 20 years ago at the same time as the formidable Richard Campbell (I should have contacted you with my condolences for Richard's family as he and I kept in touch ever since meeting up at Fort William on several years, to my deep regret).

Peter was a true gentleman, a large man but without a large ego. I saw him once after reading in Steam World magazine about he and Kevin Gould playing skiffle music in the Temperance Hotel, Kirkby Stephen after 70013 Oliver Cromwell passed over Ais Gill for the last time in 1968. He played it right down by saying it was the same as the hippy movement in the 1960's, "if you can remember it you weren't actually there". But of course Peter was there.

I have many good memories of sharing a pint or three in The Crossing Club at Grosmont with Peter and Hilary whilst I was at the Moors with both 61994 and 60009 in 2007 and 2008. The last time I saw Richard was at Grosmont too but sadly just for a very short time, far too short. I'm sure Peter and Richard are catching up and putting the World right.

I will not be able to attend the service for Peter next Thursday but I be grateful if my thoughts and deepest condolences can be added to those to be passed onto Hilary.

Thank you very much. NELPEG and the railway family has lost a good man, two good men with Richard too, they will be missed.

Very sad news indeed, Peter and I always got on very well and he was also a bit of a Music lover, we always had a good bit of banter going on, a person I didn't see often but I will miss him all the same. Terry and I will be attending the service, not sure if we will be going to Grosmont though.

Pass on my best wishes and condolences. I never came to know the man, but I know he was instrumental in the preservation of a batch of representative locomotives from the North East. Will there be a plaque somewhere to celebrate his life?

Peter's passing on Monday morning was a quiet and tranquil affair. He slipped peacefully away with Hilary by his bedside. Our Railway fraternity has lost a unique character and all of us an enduring friend.

I couldn’t agree more with your sentiment. Pete was a great lad who had never changed over the 50 years I knew him, always cheerful, always good for a laugh and always prepared to provide help if needed. I have never heard a bad word said about him from anyone. He will indeed be sorely missed.

Sorry I can't be there on Thursday; I would just like to echo Mick York's sentiments. Pete and I shared several canal trips, and one little-known fact about Mr P is that he was the cleverest and craftiest domino player I've ever encountered, so much so that I don't think he ever had to buy a round on these trips! Great guy; I'm just sad he wasn't well enough to go on our last trip in September.

I will raise a glass or two or three on Thursday.