We are delighted to report that at the Heritage Railway Association awards dinner last night, NELPG won the Large Groups award for 2016, jointly with the North Norfolk Railway - yes it was a dead heat! Two awards were therefore made, and, on behalf of the Group, John Hunt and I collected ours - a large metal plaque in the shape of a wagon builders plate - from Sir Peter Hendy, Chairman of Network Rail, to whom we gave a copy of our 50th Anniversary book. 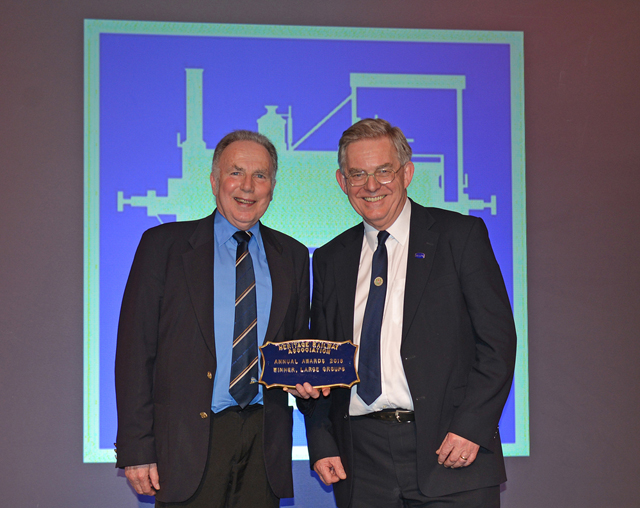 Some extremely complimentary remarks were made during the awards presentation about the Group's contribution to locomotive preservation and railway heritage generally over the past 50 years.

It is tremendous to have this recognition from our colleagues in the railway heritage sector, but the real thanks are to all our members, some of whom are no longer with us, who have supported the Group in so many different ways since that evening in the Bridge Hotel some 50 years ago, and have achieved so much in that time. Thank you. 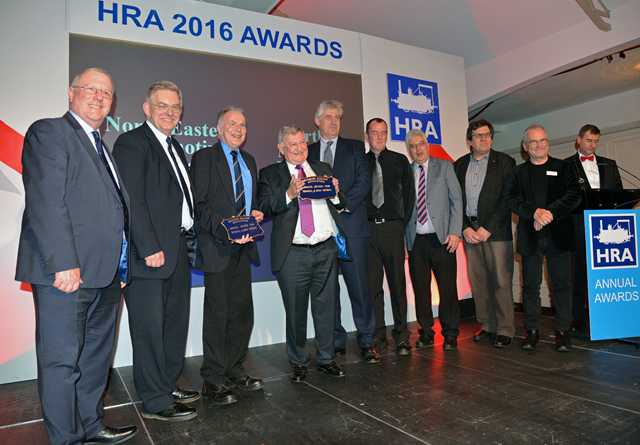 Unfortunately our colleagues from the Darlington Railway Railway Preservation Society and and the North Bay Railway, Scarborough were not successful in their category for the John Coiley Award but received a certificate in recognition of their success in being short listed. The winner in this category was the 76084 Locomotive Company, with which a number of members of the Group are associated, and to whom we extend our congratulations.