A total of 5 NELPG working members; Andy Lowes, Ian Pearson, James Pearcy, Peter Ellis & Trevor Wilford. Also our junior volunteers with Brian Orange overseeing them while they were either training with Chris Parish or working on the Q6. No mice today.

After the frustrations of our two Wednesday team members with no power until mid afternoon, they had set the job up for today by marking the middle row of elements ready for cutting. So after setting up lights & burning gear these were burnt out & removed very quickly.

We set up a work station just inside the roller shutter door so the JVs could clean the removed elements before storing them on a rail wagon just outside the door. It’s all about planning, looks easy when it works well. Another good team effort from both morning & afternoon lads, I think they may be in with our banter before long! 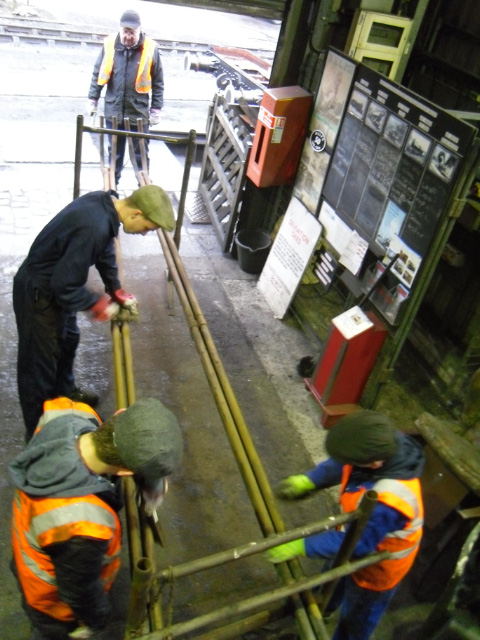 The plate under the steam chest was replaced after the lubrication pipes were put back last week.

The last row of elements were cleaned & marked up ready for removal. After lunch six middle ones soon came out, but the one at either end were fouling on the smoke box door frame. On cleaning the area we noticed pieces had been chopped out & welded back in previously. So these were burnt out once again, marked up & stored ready for welding in on completion. These last two were still tight to remove but with perseverance we ended up with all the elements removed today. 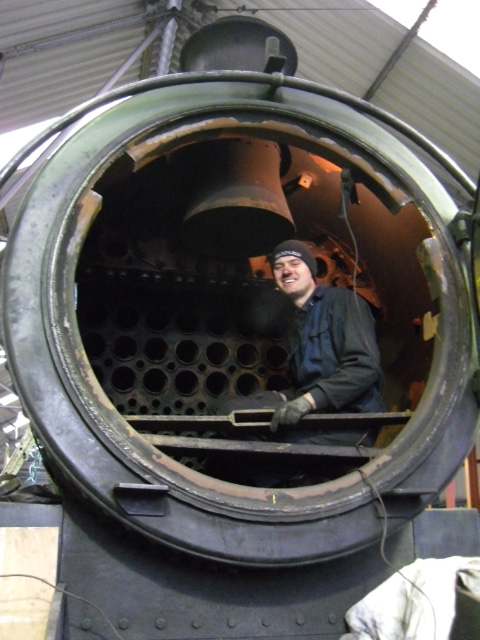 After all the elements were clean & stored on the rail wagon, they were taken to number seven road outside Deviation shed. Mark O’Brian is going to put them inside the shed this week when he removes the tubes & flues for Repton in number six road. 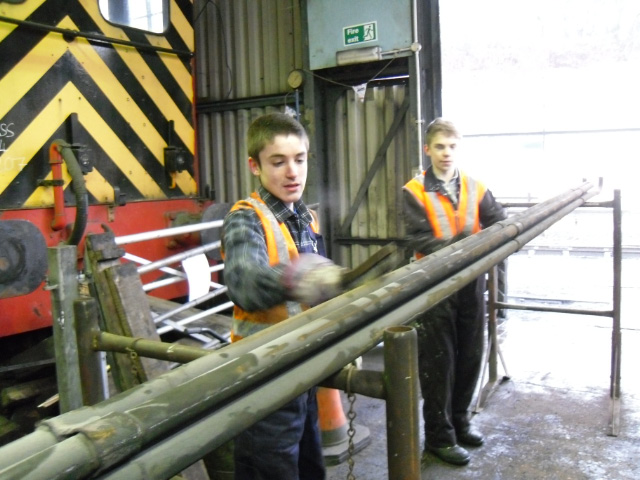 We are now ready for Mark O’Brian to remove the flues under contract, so as soon as the date is confirmed we need the fit & able workers to help him remove them as requested a few weeks ago. 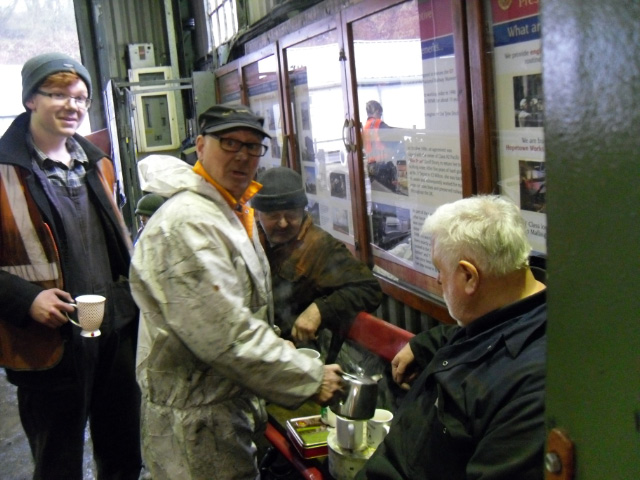 Work for Wednesday 15th February, co car available from Teesside if anyone requires it.