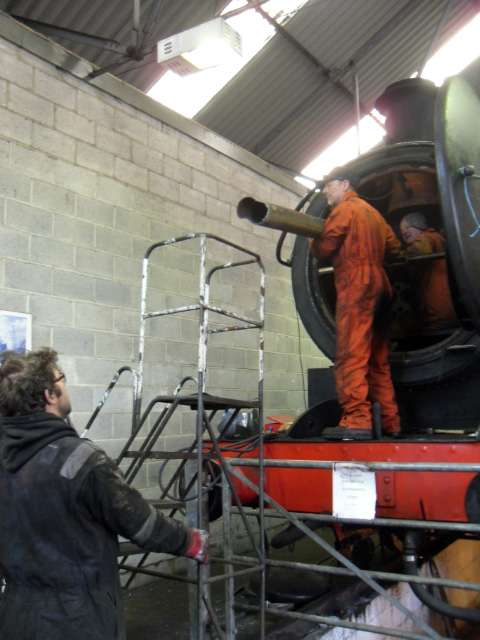 Another very good day at Deviation shed, Mark O’Brien under contract to remove the flue tubes, & five NELPG workers. Alan Hardie came along to help us remove the flue tubes, many thanks Alan, also Andy & Joan Lowes, Peter Ellis & Trevor Wilford. Another week with no more mice in the traps. There was one fatality though; the kettle hit the bin, as it tripped the workshop when water was poured from it to the cups! 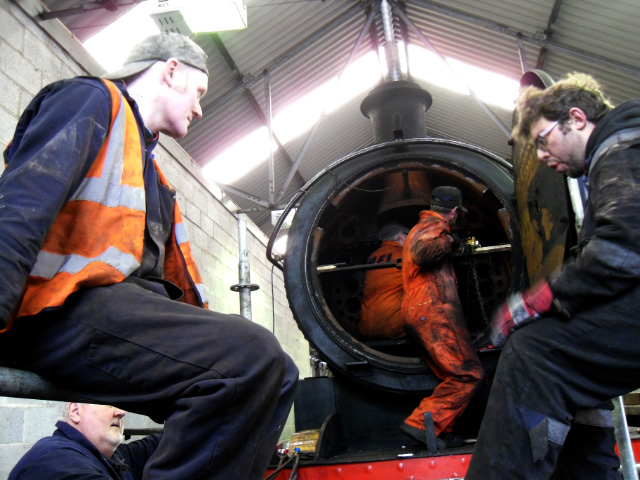 While the tubes were being burnt out several small jobs were sorted out; the blast pipe was cleaned & the back sand pipes were removed from the loco. Also the tender was measured up for steps to be made, a walk round all the other tenders to see what steps were fitted to them helped with this process. The big cupboards in the workshop have received a bit of a spring clean, all the electrical spares & wire have been put upstairs on the shelves the JVs built last month. The 110v hand lamps are now in the cupboard after cleaning. 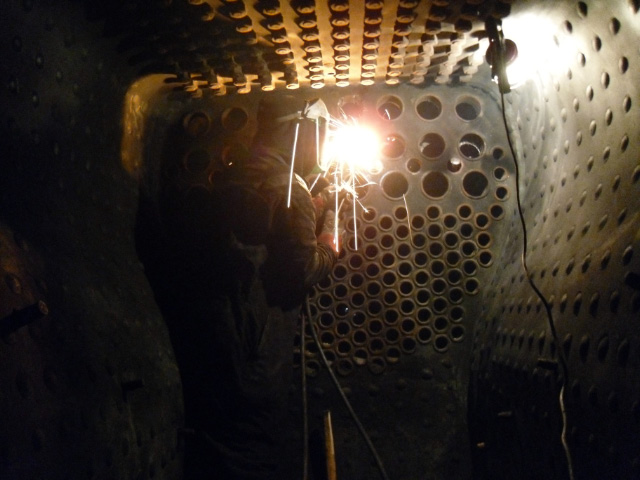 With the flue tubes burnt out at the tube plate end & the top row in the fire box, a tea break was called for to allow the fumes disperse & keep the workers happy. We then set to freeing off the top row of tubes then pulling them out with the chain block, as we had practiced with the elements. Only these were a lot bigger & heavier, so Mark soon went & got some staging to make this a lot easier to achieve. We managed to get all eight tubes out of the top row by the end of the day. 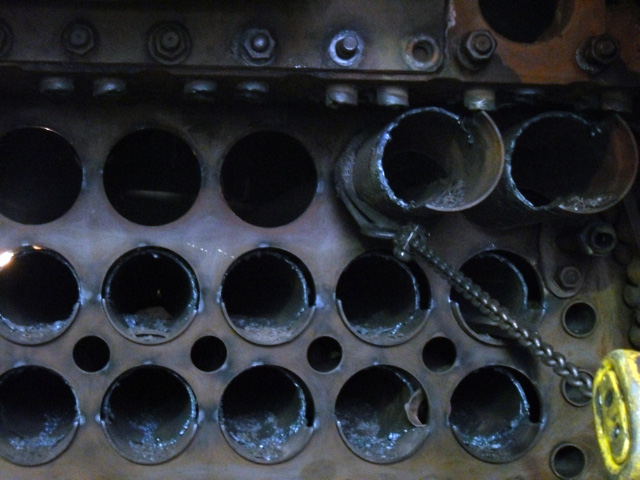 The DMU just happened to be passing with Ian Pearson driving as we were having our afternoon tea & cake break, so we gave him a guard of honour when he returned. 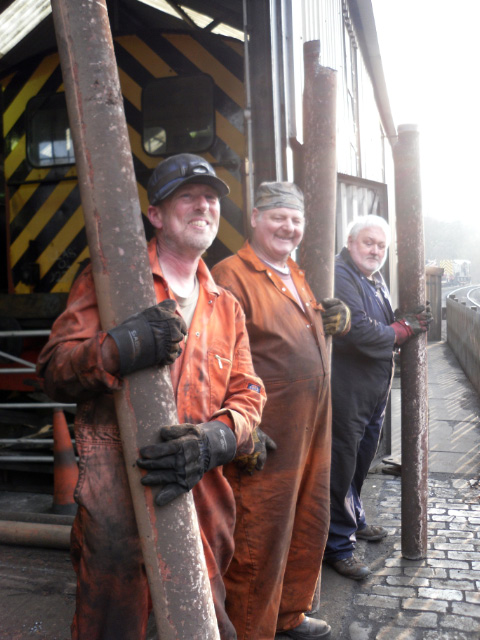 The middle row has been burnt out in the fire box & will be ready to be pulled out next week. So we now require a team of fit & able workers to remove them, all assistance greatly appreciated.