Quite a challenging day for Ian Pearson, Peter Ellis, Colin Foxton & myself. The team set to work removing the right coupling rod. Once everything was set up things went smoothly & the rod was stored next to the workshop before lunch.

The old flue tubes were burnt in half until we ran out of oxygen & had to get another bottle from the bottle store outside the boiler shop. Continued to burn the tubes & stored the scrap behind Deviation shed ready to be taken to the scrap yard. Unfortunately time ran out for all the tubes to be cut up.

A mock up of the new tender tank access steps has been fixed to the tender, I think it will work from a practical point of view & a few foot plate personnel/NYMR staff tried them out for size. They seemed to agree they would work; access will be easier & more importantly safer especially in bad weather conditions.

The left coupling rod taper pin through the big end nut has the opened up wings snapped off. This was filed flat & using a punch & hammer refused to budge even with all four of us having a go at various times through the afternoon. We tried drilling part way through, before trying again with punch & hammer still no movement from said pin. More drastic action was now called for; the pin was drilled carefully down the centre. But I think you are ahead of me now, it still will not come out. A plan has been devised to try out on Wednesday to see if this pin will give up. 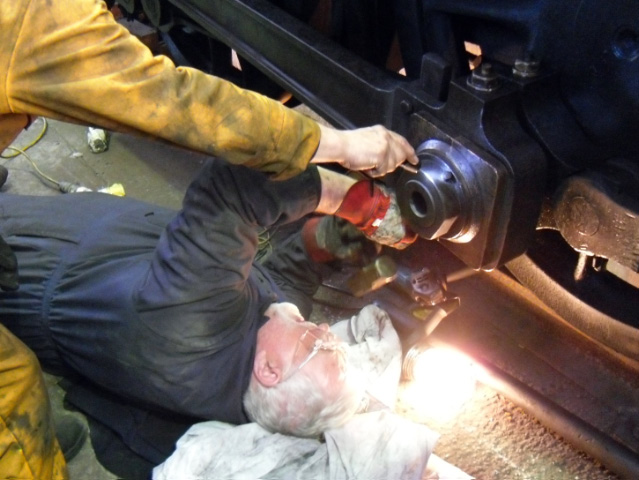 The regulator body was removed from the ‘J’ pipe in the dome & I went inside to check access was possible; I took some photos while I was there. 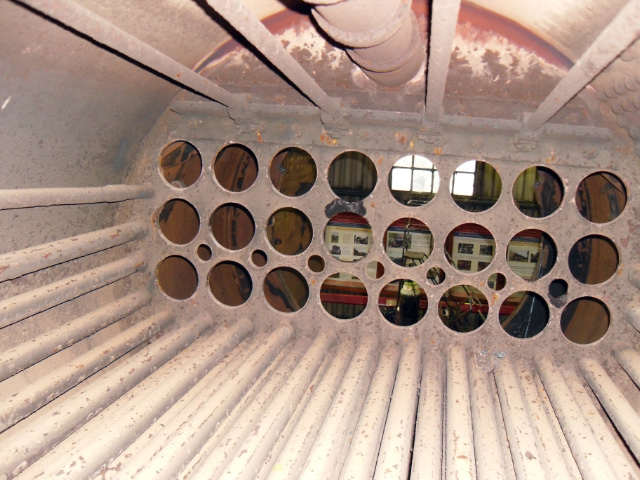 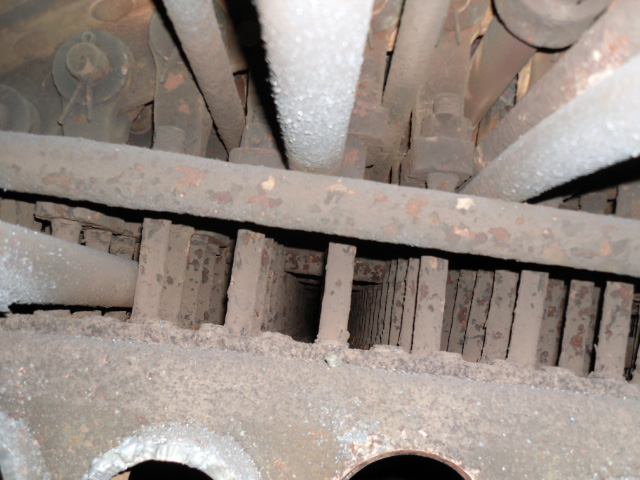 Hopefully in the early part of next week the Q6 will be shunted down to the running shed for its postponed boiler wash out. Also the chimney will be removed.