I went to Crewe yesterday with Dave Pennock to progress chase the J27 boiler rather than attend the Q6 at Grosmont - no loyalty to the engine...tsk tsk! - but Ian has reported that it was a bit of a dull cool morning, while it was a real scorcher over on the west side of the country. However, accompanied by Ian McCall, Jon Bradley and Derek Shorten, later joined by Nigel Hall and Gordon Wells, and after a reviving cup of tea and demolishing a packet of hob nobs "that Jon brought" - apparently I have missed out on these as they were all eaten! - work was started.

Ian McCall removed the header cover and cleared the old gasket material off the surrounding area. He then removed the anti vacuum valve, which is now in the workshop, and then tackled the smoke box door seal. It took him the rest of the day, but it is now completely removed. Derek finished cleaning the side rods and gave them a coat of oil, following which 2 small and 1 large mud hole doors got the treatment. Jon Bradley and Ian P removed the trailing horn stay split pins: some of these were quite stubborn but they are now all out. Nigel continued painting the tender steps while Gordon was sorting some wiring out for the pit lights. 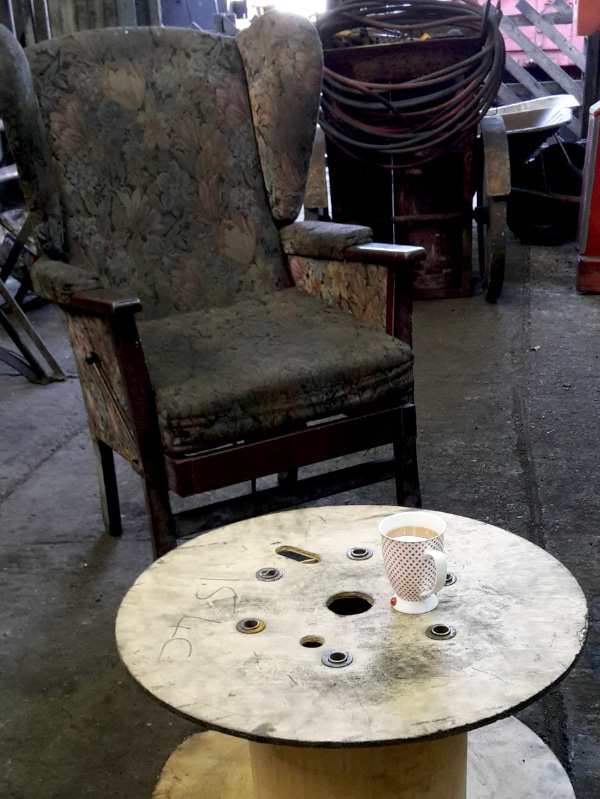 The sun stated to shine about 11am so the side and No.7 road roller doors were opened. As last week, lunch was taken on the picnic benches outside Deviation Shed where it was warm and sunny.

It is now likely to be some time next week before the Q6 goes on the wheel drops, but remember that Royal Scot is due to arrive at Grosmont next Tuesday, and starts operating services from Saturday 25 March through to 2 April. So it is likely that there will be more people around than normal next week, and, once Royal Scot operations start, car parking will be a real headache with Grosmont station car park likely to be unavailable. Will provide more information on that as and when it comes available, but essentially the quiet winter period is coming to an end and trains will be running daily from 25 March.

In the meantime, Q6 working parties as usual this Saturday (Andy) and next Wednesday (Ian P). Hopefully they will see you there.