First I would like to mention last Wednesdays report where the steam reverser requires new rings. I was quite shocked to find that after 6 months working on the loco all of a sudden extra work has been found. The glands have already been tightened & lock nuts fitted to the followers, so I marked it off as complete months ago. Good news though, the shed mechanical foreman has volunteered to remove the piston ring & have a new one made. As he had the reverser in bits last year he knows what is required so I took up his offer to do the job. 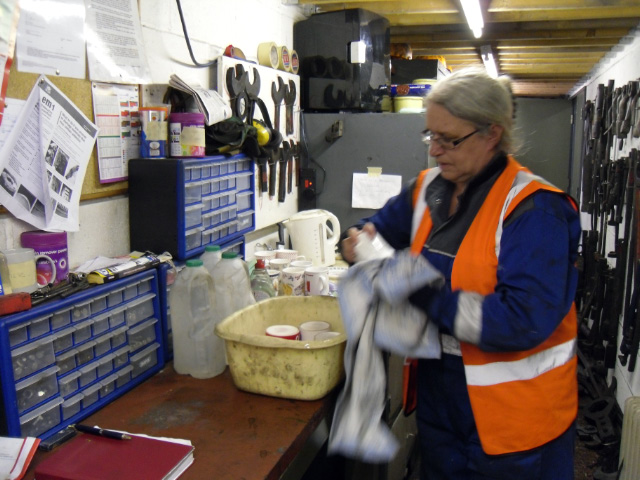 The driver axle boxes have had the old ferrules removed for the oil feed. The new pipes with bushes attached have been put with the boxes ready for when the boxes go back onto the axles. The trailing axle lubrication is staying as it is due to the ash pan; there is very little room to fit anything different to what is there already.

A laminated copy of our Armstrong oiler pads for all NELPG locos has been stuck to the side of the cupboard above the workshop where the stock of pads are kept, just for reference.

The right piston valve has been stripped again to try & get the rings to slide up & down. We have moved 2 shims (.016”) from the back to the front to try & achieve this. It worked until the nut was tightened up fully so the cotter would go into the hole. Both valve rings nipped up solid so will have to be looked at again by someone with more knowledge of this type of valve.

So to the left valve, this is where our problems really did start! When stripping the valve down everything has been laid out on the bench in the order that it came off (please do not move anything). The last piece of the head has a piece of broken key in it that looks as if it has twisted! 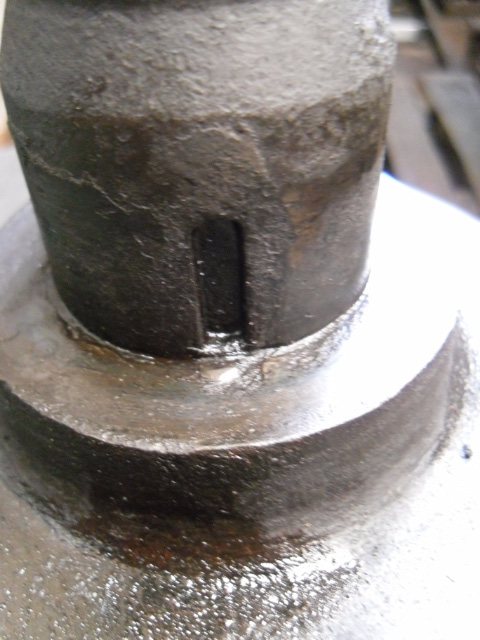 We tried giving it a tap with a copper mallet, no movement. After soaking the joint in penetrating oil & digging out more carbon we tried again with the mallet, you guessed it no movement! This called for drastic action, with the aid of a tape measure we worked out it would just fit into the press in the running shed. (See photo 4894) So the valve rod was set up in the press & 3 then 4 then 5 ton of force was applied I stopped at 10 ton, you are ahead of me now yes no movement!! I then had a word with our friendly MPD manager who was duty fitter this afternoon. He recommended using between 3 & 4 ton of force with a little heat, yet again no movement. The rod was still warm when it was time to leave for home so we could not repeat the procedure again. Having told Paul Middleton what we had done, he said if he had time, he would give it another go later. I hope he has more luck than we did. 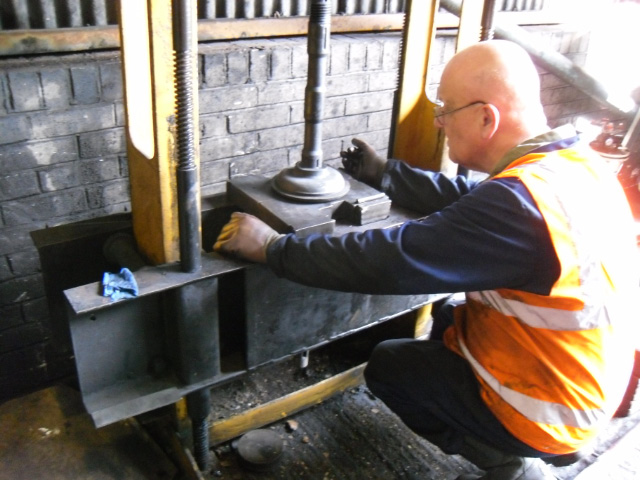 Also today the right side outer frames have been cleaned, well about half were. The grime that has stuck to them is really difficult to remove, to be continued on Wednesday. 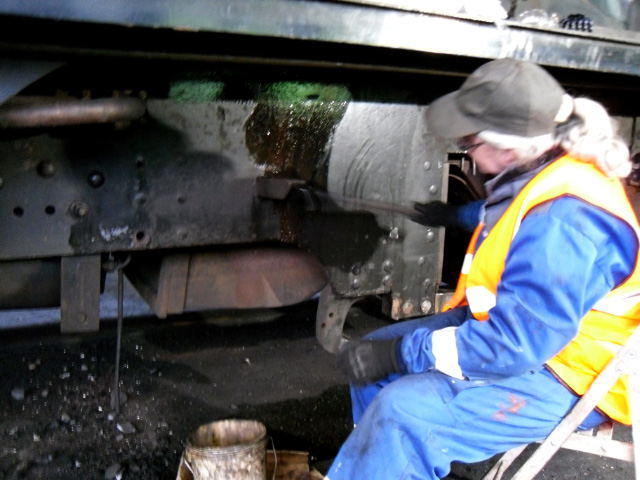 The gauge frames have been stripped, cleaned & roded through, new packing & stainless steel balls will be fitted to them after the threads have been examined for wear.

I discussed with Paul Middleton the problems we are having with the spring hanger adjusters; I asked him if he could get them NDT inspected, he said he knows someone who comes over a couple of times a week. I asked him to get them checked for us and also all the horn stays as last time the driving wheels were out one was cracked. I also asked about the springs, Paul told me these will be going away to be repaired soon. 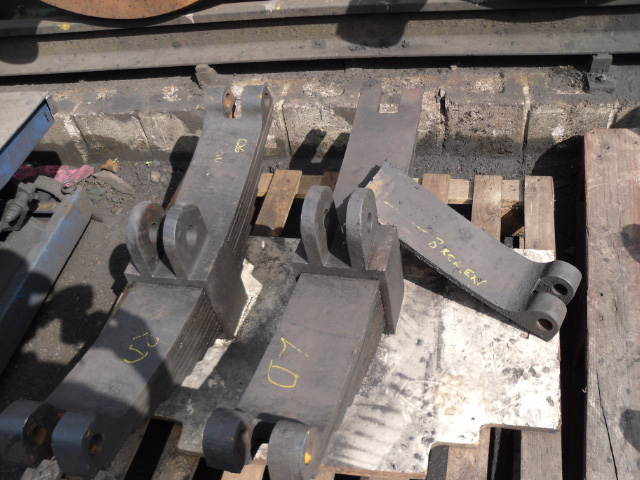 Next Wednesday 7-6-17 Ian Pearson will be RO as usual but he is not available next Saturday 10-6-17.This will be my last winter maintenance report, as it is now June it must be summer by now! So as Paul Hutchinson Q6 caretaker called in two weeks ago to Deviation shed to find out where we were up to. I leave the project at a turning point where the loco is stripped & some items refurbished ready for re-assembly. Watch this space for what is happening next Saturday.

It just leaves me to thank everyone who has been involved with the Q6 winter maintenance in whatever capacity whether a one off or most weeks I appreciate your efforts & I hope you enjoyed the experience.

One last thing, Joan & I will try & get over to Deviation shed to work on the Q6 when we can. The next Saturday we have free is 24-6-17, see you all there for mid summer madness!