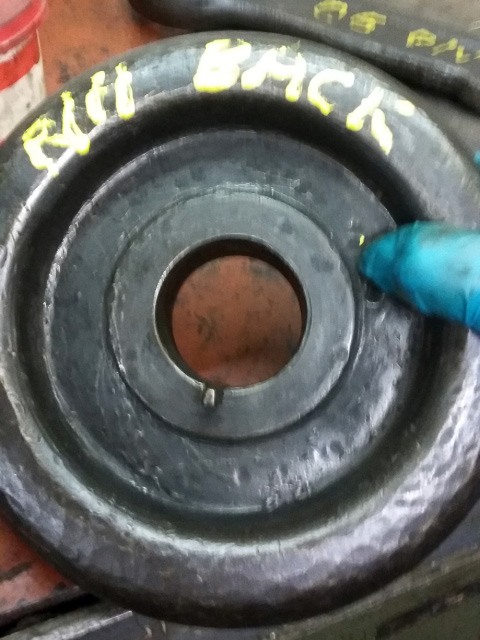 The R/H valve was put in the vice and after half an hour the key was removed, Colin realised that the key had been put in the wrong way. These keys have a slight taper and need to go in taper first this was not so and causing the to jam. These keys seem to be short in depth so they do not hold anything! See photo. When R/H valve was stripped down it was found that the back valve ring has a broken lug. See Photo ,New ring required. The valve has been reassembled and is on the bench for further investigation and repair. 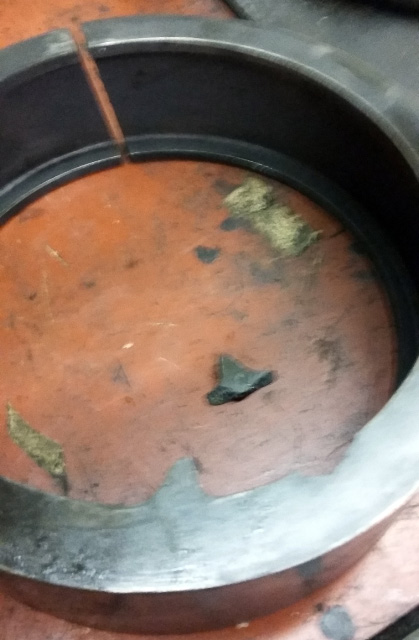 The L/H valve has had part of the broken key drilled out by Colin and some heat treatment from Peter and an attempt to remove the back plate from the valve spindle but it wont budge. We may try the press on Wednesday?

Bill Dobson called in for chat and a cup of tea showed him the valves and explained the problems we are having.

I replaced 2 more klinger packing's on the gauge frames ,one left to change top R/H.

Lots of competitors for the railways" race the train" today which started at 2pm on the old track bed opposite Deviation shed , a bit hot for running to Goathland and back to Gosmont! We packed at 2.30 and called it a day.