On Monday 19th February 2018, the J27 was reunited with NYMR metals when it was successfully towed from Pickering New Bridge to Grosmont after an absence from the Railway of 13 years.

To remind members, following use on our members' special in October 2004, the J27 then went to the Weardale Railway for use on its Santa Specials, before returning to the NYMR. However, the crack in the cylinder casting was found to be more serious than at first thought, so it was restricted to light duties only on the NYMR. In May 2005 it moved to Locomotion at Shildon. The J27's fire was dropped for the last time on 29th May 2006 at the conclusion of a three day event at Darlington to mark the 40th anniversary of the closure of the nearby North Road Works. It then went on display in North Road Museum before being moved into Hopetown works. 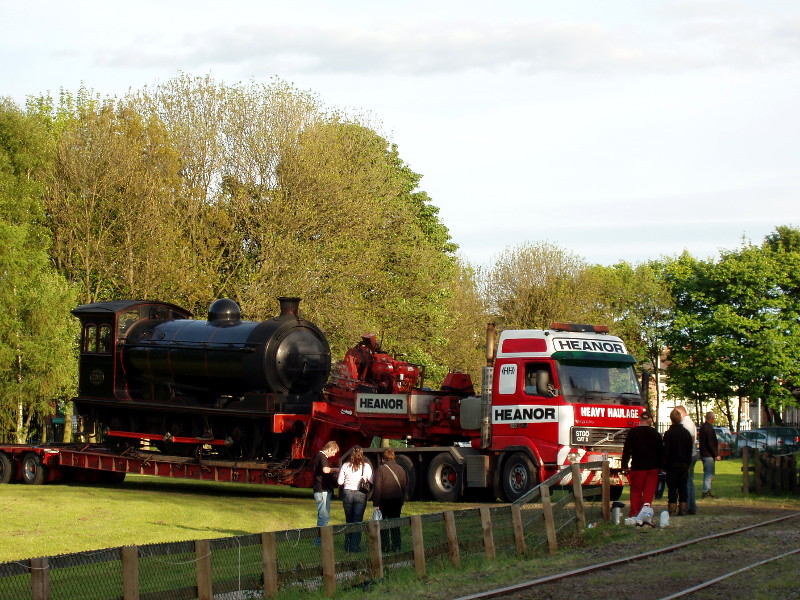 The overhaul at Hopetown has therefore been a long one and not without its problems. However, the end is now in sight, thanks to the offer to complete the overhaul by the NYMR. However, it would be most remiss of me as Chairman, the Committee as a whole, and the wider membership, not to sincerely thank all those who have given up their time to work on the locomotive for many, many years.