A much better day weather wise at Grosmont yesterday - a lot milder than of late and glorious sunshine in the middle of the day as Tornado passed Deviation Shed. Tornado also worked the 09.30 train to Pickering, as well as the lunchtime departure and a special train for A1 Trust covenantors and supporters at 15.40, while Repton took the 10.30 train to Pickering and 80136 was pottering up and down the line to Goathland on running in turns. What more could you wish for? (but don't answer that question!). There was a really big turn out at Deviation Shed with 10 of us, later being joined by two young cleaners from the MPD. To mark the occasion, Daniel Gibbard took the attached photo of the assembled miltitude at lunchtime, but for the record those present were Bill Dobson, Ian McCall, Derek Shorten, Steve Hyman, Nigel Hall, Roy Marshall, Jon Bradley, Dave Donegan, Ian Pearson and myself, joined by the two cleaners - Chris Wakefield and Daniel Gibbard. But no mice. Fortunately there was plenty of milk, so the kettle was on almost constantly to provide cups of tea for such a gathering before getting to work. We might need a bigger teapot if the numbers continue at this level!

Derek put a coat of paint on the vacuum and steam heat pipes under the tender and cab, as well as washing up and making some of the many brews. The two Ians, with assistance from Jon, removed the damaged left hand forward eccentric rod which was taken down at the MPD for inspection and rectification. There was much scratching of heads over the best way to effect the repair but they were due to give it a go today. The Ians then fitted the right hand eccentric rods, but note, these are only fastened hand tight and the taper pins at the front of the rod are just loosely fitted. Roy spent most of the day making cotters for the eccentrics. Bill, Dave, Steve and Nigel fitted the crosshead to the piston rod on both sides of the locomotive. 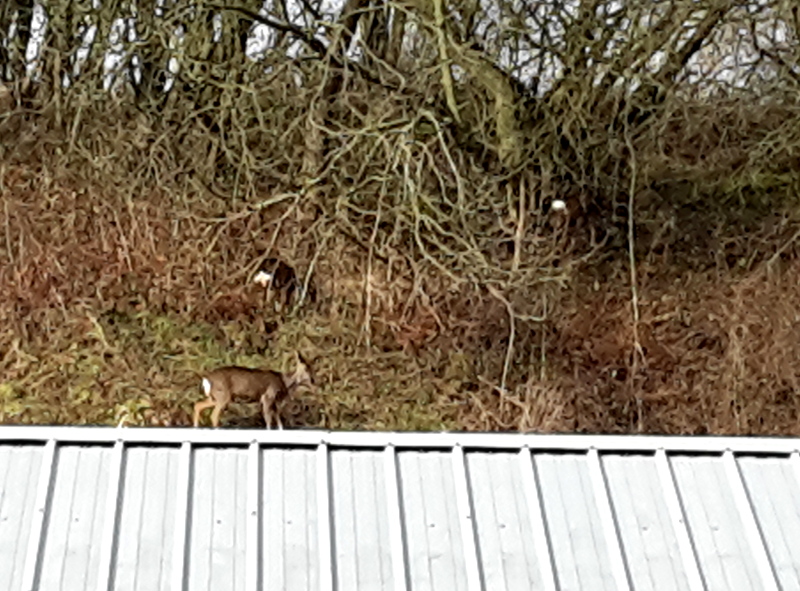 Lunch was taken in Deviation shed while our two young cleaners volunteered to go into the boiler to fit the regulator rod through the retaining bracket and into position through the stays. It was then successfully located through into the cab with the help of Bill and Jon, and the regulator handle was fitted to avoid anyone bumping themselves on the protuding end of the rod. After lunch, the right hand connecting rod was fitted by the crosshead team: the little end has been tightened up and cotter pin put in but not opened. The big end brasses have been assembled on the rod and are fitted onto the journal but have not been fastened up as they may need shimming. It is sat on some timber for support. 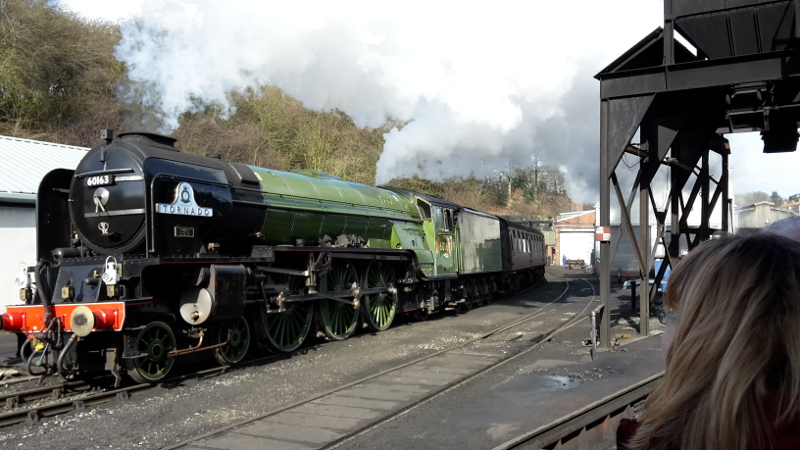 There were a lot of visitors, including our Treasurer, Richard Wheeler, but he would not accept the offer of a spare pair of overalls and to get stuck in - not even a cup of tea! - but did meet some of the MPD staff with whom he has regular dealings, but had not previously met. I had to leave about three o' clock as I had been invited to travel to Pickering and back on the A1 Trust special, and on which there were a number of NELPG members. Piglet came up to Deviation Shed about 4pm, just as the team was packing up, to work on Lucie for a few hours and he agreed to lock up the shed when he had finished.