Progress continues to be made in spite of the absence of a number of key players on holiday. The position as of today is - 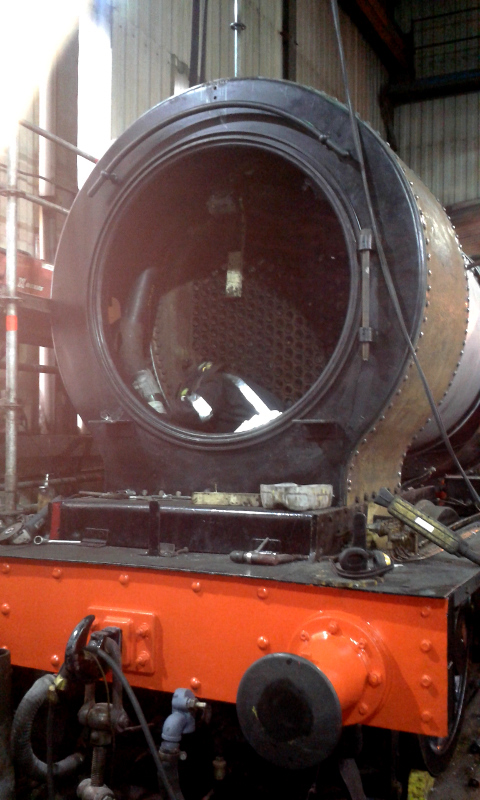 The smokebox wrapper is complete and fully bolted up. The smokebox bolts have also been filled and dressed to appear as rivets. The top hole is cut ready for the chimney. The main steam pipe is now ready to be welded together, and will be Mark O'Brien's first job when he returns from paternity leave on Wednesday (11th). The steam pipe was challenging to line up as the bends weren’t quite right, but after lots of careful tweaking by Phil Naylor (see photo) and re-machining of the flanges it is now a nice fit. Due to the stud positioning on the cylinder block some adjustments are required to make it possible to get the nuts on the studs. The blast pipe has also been trial fitted but doesn’t appear to be vertical (about 3/8" out at the top), but no alterations will be made until the alignment to the chimney has been checked. The smokebox door hinges need to be machined as they are too deep, preventing the door from pulling in tight on the hinge side. This will be done next week. 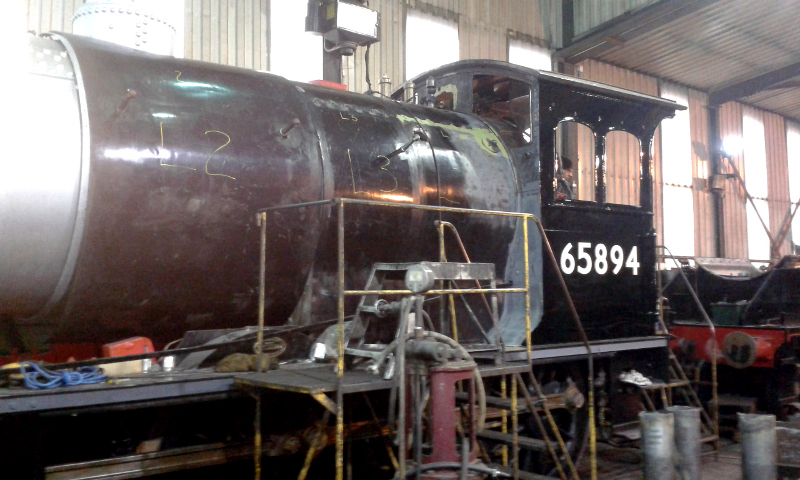 As previously reported, the cladding has proved a real challenge. Holes didn’t line up with the crinoline. This was not fitted in quite the right position and was twisted slightly to the left. Not by much but enough so the holes wouldn’t line up to bolt on the sheets. Chris Kelly has carefully managed to move and adjust it and is now making progress, with sheets 2 and 3 fettled and fitted loose. The cladding piece which goes in front of firebox is still missing, and if it can't be found a new one will have to be made. 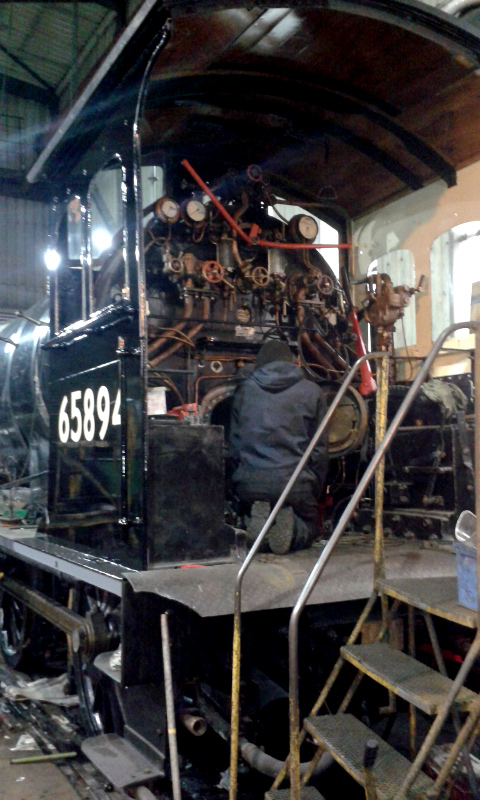 The cab is now very nearly finished, with all the cab valves in. A few nuts on the copper pipe work which had damaged threads, and some oversized so a very loose fit on the threads, have been replaced with new. All of the air-ministry joints have been adjusted as most were not correctly fitted with no sealant or grease on the threads. The ashpan spray is fitted and been tested to make sure it is working properly (see photo). The grate is now being fitted, which has been a bit slower than hoped as the rocking linkage was missing, but new linkage has now been made.

Overall, work is behind plan, and the locomotive will not have a first steaming this weekend as initially hoped. Paul Middleton estimates that they are about 12 days behind schedule, mainly due to the the extra work required on the cladding, but are still on target for the locomotive to be in traffic for the red timetable starting on 8th of May and hauling the teak set.