From 12th to 17th April, the J72 visited Barrow Hill for their Fab 4 Steam Gala. 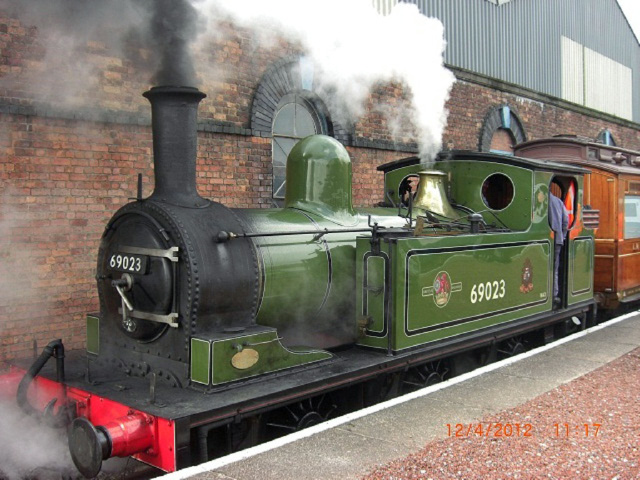 NELPG NEWS No. 267 of February 2012 gave brief details of a possible visit by Patrons to the VIP Day at Barrow Hill Roundhouse in connection with their "The Fab 4" event. For me, this was going to be a "must go to" event since my very first visit to the sheds at Staveley was in the early 1960's - this involved 60 odd return miles by push bike. 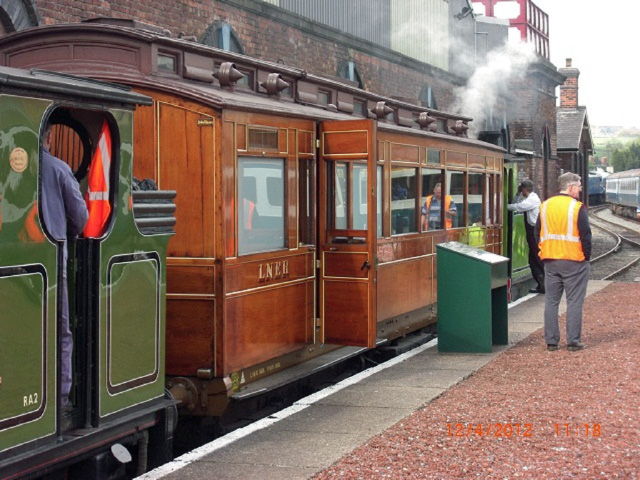 The next visit I made was in late 2007 when the K1 was a guest engine together with K4, B1 (1306), V2, A2, Jubilee "Kolaphur" etc., etc. Fred was RO ably assisted by Derek Norris, Darrin Crone, & Dave Whitfield. VIP Day was held on Thursday 12th April and it was clear that Chris Lawson and many others had put in a lot of hard work behind the scenes to make this event a success for the handful of Patron Members who were able to go. The day and the events were quite ad hoc and very fluid, with a buffet lunch thrown in for good measure - if you were there in time!! 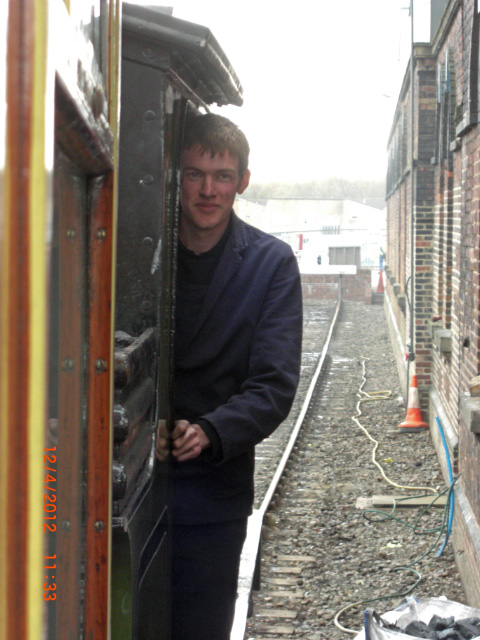 The shuttle service from Roundhouse Halt platform was handled by the Y7 and J72 in top & tail mode, and provided an opportunity to travel in style in Chris Lawson's Saloon aka "the old Gentleman's coach". Other engines on display were A1, A2, two A4's, V2, K4, N2, D11, J17, Black 5, Half Cab, USA tank, J94 and various diesels etc. 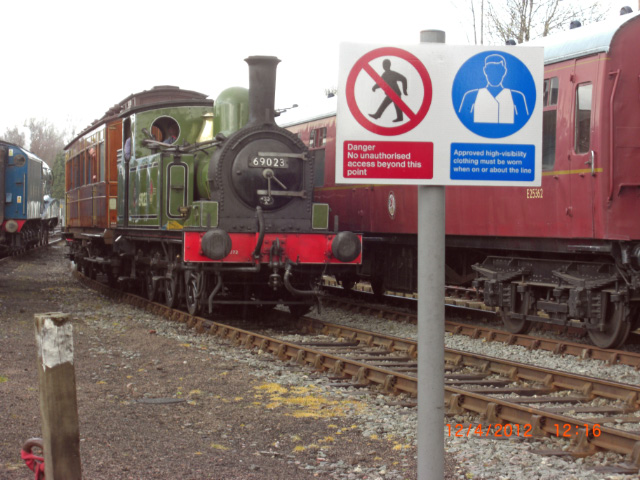 Trade stands were in the process of being set up in readiness for the 3 public days which followed VIP Day.

Other far less important visitors on VIP Day included members of the railway press, several Lord Mayors and other dignatories from various local Councils, representatives from the NRM and 2 RAF personnel from the West Yorkshire Squadron which has a connection with "Tornado". Altogether yet another enjoyable outing arranged on behalf of NELPG Patron Members."

Peter Shields reports:  Jason and I were looking after the loco & firing over the weekend.I took these on the first night while the photo charter was outside. 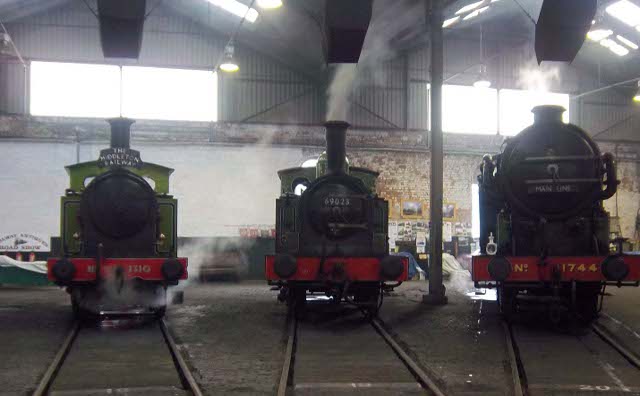 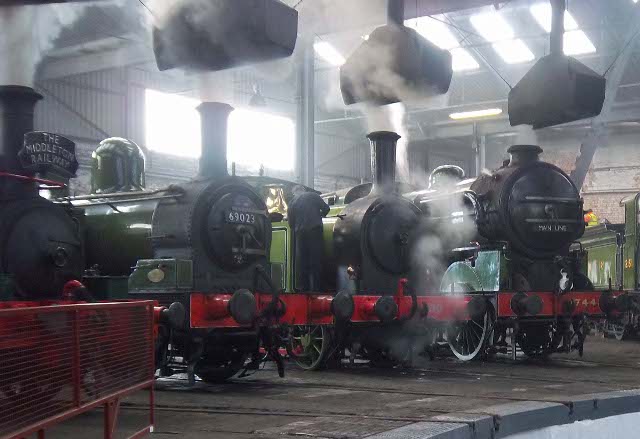 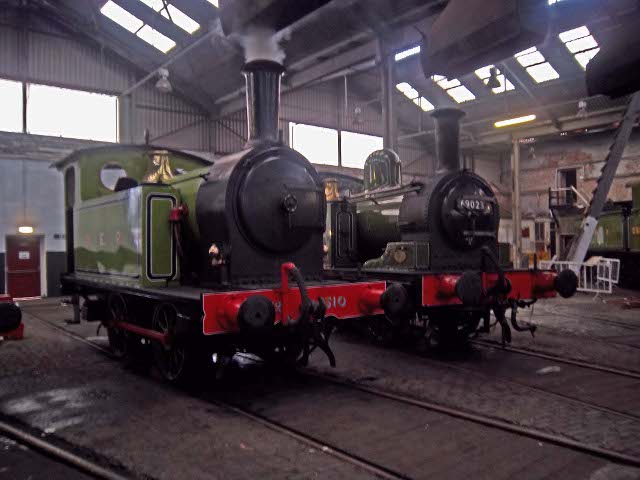 At Barrow Hill we worked shuttles all day/every day with the Old Gentlemans Saloon and topping/tailing with mostly the Y7, although we did have 'Sir B' for one day. All the engines and the Saloon have links with the 'Railway Children' so it was a themed event for us.

Chris Lawson took the following set of photos whilst not otherwise engaged looking after the saloon. 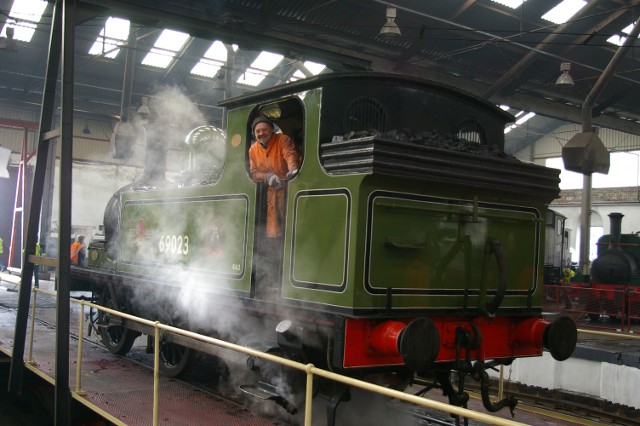 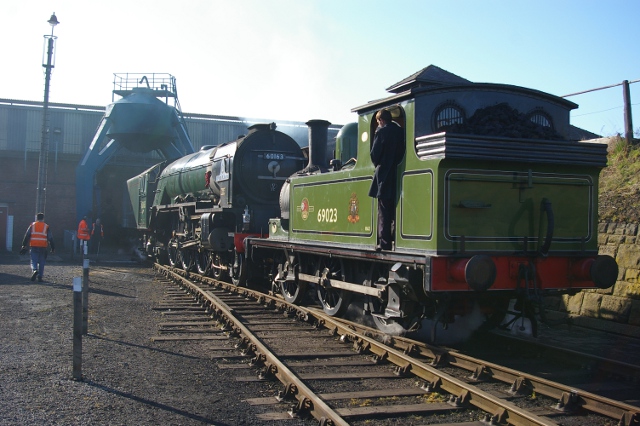 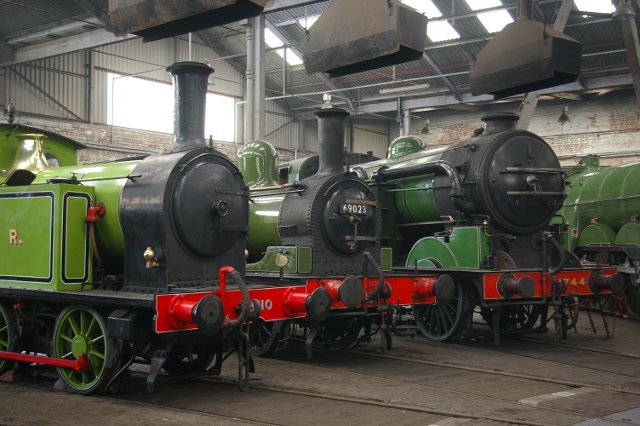 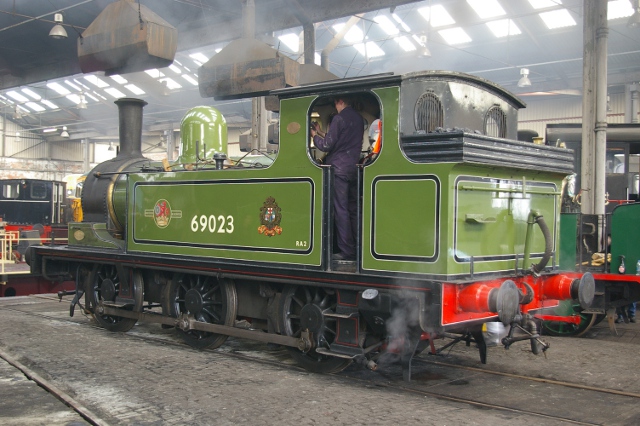 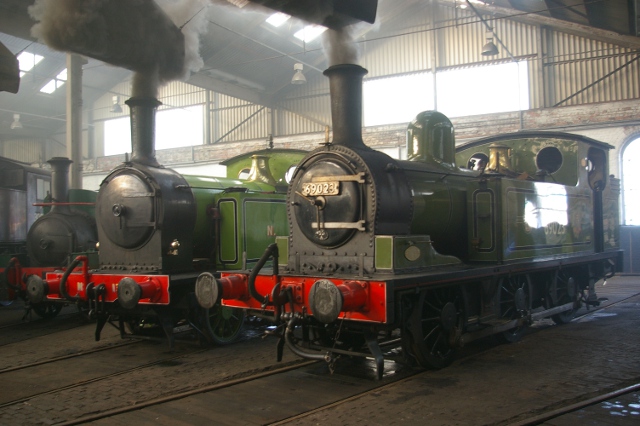 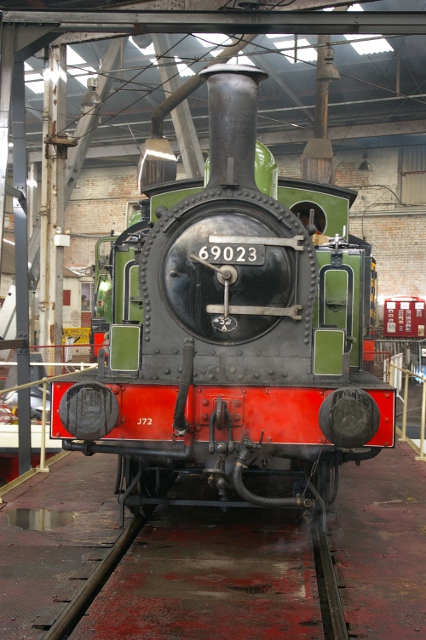